Showing posts from December, 2011
Show All

Happy Christmas to all my readers 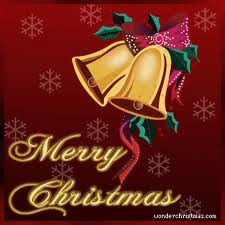 Germanwings is promoting ‘The Green’ tourist product of Ireland, following on its announcement on the 19 th of September it was increasing capacity on the Cologne/Bonn-Dublin route by 25% for Summer 2012 with an additional weekly frequency being added to the schedule, for a total of four weekly flights (TravelDaily News 19 th September 2011). The carrier is taking part in co-operative marketing with Tourism Ireland. It will be interesting to see how the Germanwings brand develops in the Irish market in the context of the new Germanwings/Lufthansa co-operation announced on the 14 th of December. Their could be the potential to add routes from Hanover and Stuttgart at some future point. Interestingly in 2004 the airline intended to launch Stuttgart to Dublin but it not proceed as Hapag Lioyd Express where operating on the route. Summer 2012 will see a significant increase in capacity between Germany and Ireland Aer Lingus is to increase frequency on Dublin-Stuttgart from four to five
Post a comment
Read more

December 07, 2011
Aer Lingus announced that it carried 768,000 passengers in November up 8.8%, with the airline carrying 75,000 long-haul passengers up 4.2% with a load factor of 75% up 3.1%. The airline carried 624,000 short-haul passengers up 7.4% with a load factor of 75.6% up 3% and its Aer Lingus Regional Franchise operation carried 69,000 passengers up 30.2%.These figures as usual exclude passengers carried on the United Airlines Washington Dulles-Madrid joint-venture route. Ryanair announced that it carried 4.68 million passengers in November down 8% with a load factor of 80% and in the rolling 12 months to the end of November it carried 76.7 million passengers. The 8% reduction, is an improvement on the 10% flagged reduction in passenger numbers as a result of the carrier parking 80 Boeing 737-800s. Ryanair is to expand in the Irish Market for summer 2012 with the airline to launch a new route from Pisa Florence to Cork operating twice weekly from April 2012 and four new routes from Bergamo , Be
Post a comment
Read more
More posts