The tale of two airports: Charleroi Vs Cork © 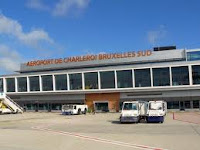 ﻿﻿ ﻿ Charleroi Airport The Ryanair CEO Michael O’Leary “ Airports are in competition with each other across Europe . Ryanair doesn't really care whether the airport is in Charleroi , Barcelona or Manchester " (IN FOCUS: Changing role for airports 25 th November). The Ryanair CEO reiterated this statement with the half year results, stating that 100 existing airports served and 30 new airports where competing for business for new bases and routes. The Aer Lingus CEO Christoph Muller stated he would back the sale of Cork and Shannon airports, as it would be a 'Moment of Truth' in terms of their business case (Irish Indepedent 1st March 2011). Therefore the outcome of the Booz and Company review of Irish airports which is expected to be completed in the next few weeks will lay the basis for a new airport policy, which is expected to transform Cork and Shannon airports in an increasingly competitive airport environment. T he Transport Minister Leo Varadka
1 comment
Read more
More posts