Ryanair: Waiting in the Long Grass ©

Yesterday (Wednesday 16th May) Southwest Airlines announced that it is to defer the delivery of 30 Boeing 737-800s from 2013/4 to 2017/8 to reduce capital spending by $1 Billion and to help it improve its Rate of Return on Capital (ROCE) to 15%.  The Southwest Airlines CEO Gary Kelly stated “Until we hit our return on capital target, we don't plan to grow our fleet, we will keep our fleet roughly flat and maybe slightly down (in) 2012."

The Southwest Airlines delivery deferment will put further pressure on OEM’s in an increasingly competitive market, as a number of high profile carriers have already indicated they will defer orders to concentrate on improving their own financial performance and generating higher returns on capital, these announcements will further strengthen the hand of Ryanair in negotiations for a new order of up to 400 new aircraft with its cash reserves of €3.5 Billion. 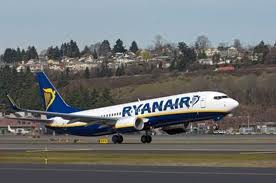 The Ryanair negotiating position will be aided by Emirates Airlines, IAG and Lufthansa CEO Statements warning of further industry structural changes through airline failures and consolidation.

Ryanair will no doubt be pleased by the announcement that Boeing will aggressively seek market share through a price war in the A320NEO/737MAX market to retain a 50% share within a year (Wall Street Journal 15th May 2012).

The key for Ryanair will be to remain in the long grass until is approached by OEM’s (Airbus, Boeing) seeking to keep production lines busy through an attractive priced deal. The 2011 Full Year results due out next Monday 21st May may provide a further insight into the issue although an order maybe at least 18-24 months away. 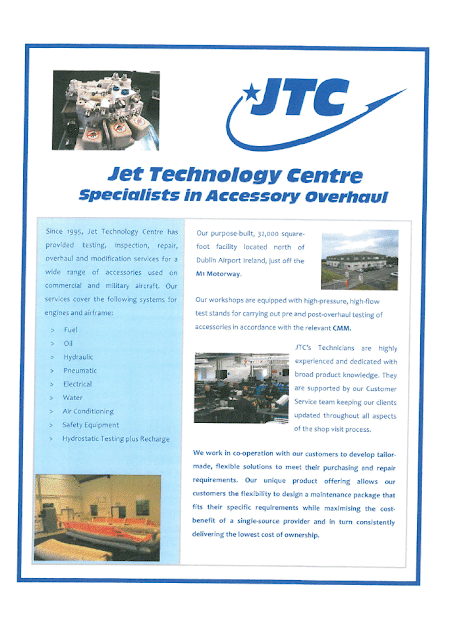 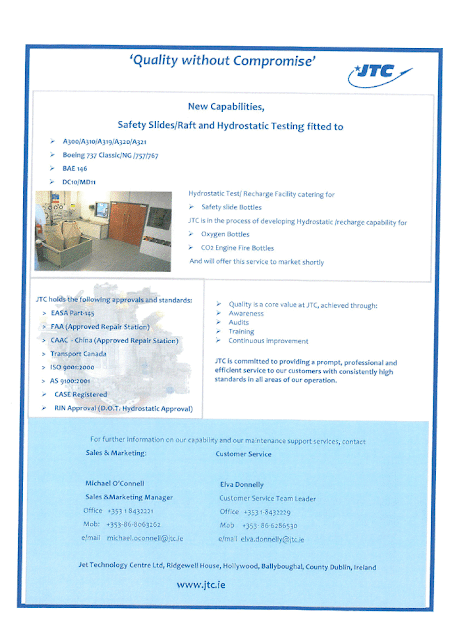 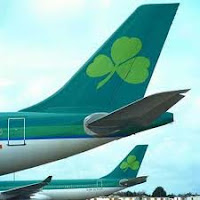 The Aer Lingus Regional operation carried 79,000 passengers in April up 27.4% driven by the launch of the summer schedule and the transfer of routes operated under the Aer Arann Regional brand name. The total Aer Lingus traffic stats as usual exclude traffic carried under the United Airlines Joint Venture Washington Dulles to route.

The Air France-KLM Group is expected to announce next month the future shape of regional business unit which will see Brit Air, Cityjet and Regional Airlines operate under a single brand name as part of the ‘Transform 2015’ cost reduction program.

Ryanair announced that it carried 7.2 million passengers in April up 6% with a load factor of 82% up 1% and year to date to the end of April it has carried 76.3 million passengers. The return to positive traffic growth indicates the return of 80 + Boeing 737-8AS parked aircraft to service & new deliveries for the launch of new bases and summer seasonal routes from bases across

The carrier has a further 11 Boeing 737-800s to be delivered between September 2012 and March 2013 which will see the carrier complete its contract with Boeing although it has given no indication to the status of the 174 options outstanding. A further update on negotiations for a potential new order for up to 400 new aircraft is expected with the Ryanair Full Year Results due to be announced on Monday 21st of May. 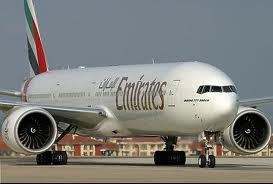 Emirates Airlines has broken all records with the performance of its Dublin route with the carrier upgrading the route a Boeing 777-300ER such is the level of demand two months ahead of schedule originally which was planned for the 1st of July with A6-EBC Boeing 777-36NER c/n 32790 operating the first flight yesterday. 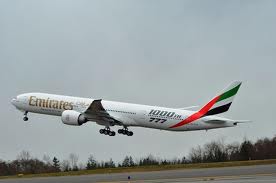 The carrier commenced the route on the 9th of January with an Airbus A330-200 with the carrier having consistently having load factors in excess of 90% from the first day of operation, thus the Dublin route has exceeded all expectations as an A330-200 would serve the route for 2 to 3 years before being upgraded to an Boeing 777-300ER despite the competition from Etihad Airways in the market for connecting traffic via their respective hubs. 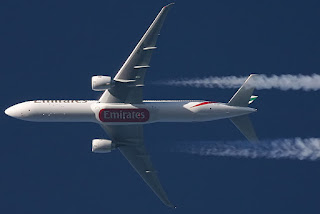 On the Newstalk 106-108FM Breakfast Show with Ian Guider on the 20th of October 2011 the Emirates VP Ireland & UK Laurie Berryman stated ‘Never say never’ to the airline using the Airbus A380 on Dublin, adding talks where held with the Dublin Airport Authority (DAA) on the type using Terminal 2. The airline has a policy of increasing aircraft size rather than increasing frequency (Business Travel News). 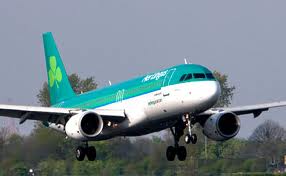 On Tuesday 1st of May it was announced that Etihad Airways acquired a 2.987% stake in Aer Lingus for an undisclosed sum, a week after Transaero Airlines acquired Air Atlanta Aero Engineering in Shannon which is a further endorsement of the strength of the aviation industry in Ireland.

Aer Lingus issued a statement ‘Aer Lingus and Etihad are engaged in discussions which to date have focused on reciprocal code-share opportunities, Future discussions may explore additional commercial and cost opportunities to develop a closer working relationship in areas such as joint procurement’.

Their could be immense opportunities for Aer Lingus and Etihad Airways out of a possible commercial agreement,firstly a new code-share agreement would leverage the strengths of each perspective hub as Aer Lingus has a strong brand presence in North America and UK Provincial markets (Aer Lingus Regional) and the competitive advantage of Terminal 2 US CBP in Dublin. Their has been media reports Etihad Airways intends to increase the frequency of Dublin route from 10 to 14 flights per week which could open potential mutually beneficial connecting traffic flows over Dublin.

Aer Lingus has the fourth largest slot portfolio in London Heathrow which could be mutually commercial opportunity for Etihad Airways planning to increase route from three to five flights daily. Etihad Airways has a strong market presence in Asia and with the carrier signalling recently and will be strategically important markets in the next 10 to 15 years with strong outbound traffic from those markets.

Aer Lingus and Etihad Airways share a common fleet platform with A320 family for short-haul and A330 for long-haul both carriers have the A350 on order so there could be potential synergies as part of a larger airline group. Aer Lingus plans to place an order to replace its 37 A320/1s in the next 18-24 months it is currently evaluating the A320NEO and B737 Max.

There could be potential joint procurement synergies with Etihad Airways in airport costs, aircraft acquisition/financing, distribution/GDS (Sabre),  fuel, ground handling, and supply chain, sales & marketing also to leverage code-share opportunities with Etihad Airways partners such as Virgin Australia.Their could be scope for Aer Lingus to address the increasingly counter-cycle seasonality of the business through sub-leasing aircraft for the winter period.

Interestingly Aer Lingus and Etihad Airways share a multiple partnership strategy which could potentially ensure Aer Lingus independence as part of a larger airline group. Etihad Airways acquired 29.21% of Air in December 2011 and 40% of Air last January. We await with interest the next developments with this story as a new chapter begins for Aer Lingus.

Experienced technical people required: retired or available technicians, both mechanical and avionic (but preferably avionic) experienced people who could assist a missionary project in . No license required.

It would suit somebody who could train a few young guys in the fine art of reading wiring diagrams, troubleshooting, locating wiring snags, etc.

is a nice, peaceful place, plenty of sunshine and relaxed atmosphere for somebody who would like to take on a little adventure, be it for a short, medium or long term commitment, ideal for the guy that would like to give something back or just do something different for a while.

These people operate on a not for profit basis, so if you want to make a lot of money, it’s not for you.

They will obviously, cover expenses, flights, bed and board, etc. for the right person. Anybody with any interest can contact me, Hugh Kelly, via email at aerhugh@yahoo.ie and I will explain in more detail the operation and expectations.