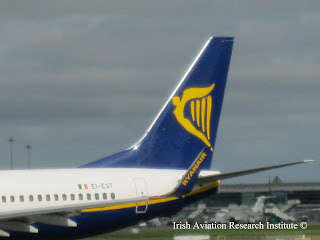 Ryanair has announced that it is to launch a new route from Dublin to Lublin from 18th December operating twice weekly, becoming the second Polish route to be added from Dublin this year following the launch of Warsaw Modlin 16th July.

Ryanair Deputy CEO Michael Cawley said "Ryanair is pleased to announce that our first route between Dublin and Lublin Airport will open on 18th December next, which will be the 11th airport in Poland that Ryanair will operate at ".

Lublin Airport CEO Grzegorz Muszynski said "This is a dream come true and we are delighted that Ryanair, Europe’s biggest low cost carrier, has started to operate at Lublin Airport. We believe this is an important step for further co-operation, which will benefit to our region and our citizens, who can now fly to Dublin with Ryanair.”

Lublin is the ninth largest city in Poland in the Voivodeshop Province with a population of 350,392 and is suited 170 km from Warsaw and 70 km from the Ukraine border.

Lublin Airport 13km from Lublin city originally opened in 1926 and was used by the German and Soviet Air Force in WWII later becoming home to WSK PZL-Swidnik SA whom manufactured aircraft and helicopters.

A new 2520 meter long runway with a terminal capacity of 1.1 million passengers capable of handling four Airbus A320/Boeing 737-800 aircraft is currently under construction. The airport will be connected to the national railway network with a 2.2 km spur line and to Expressway S17 Motorway network next year.