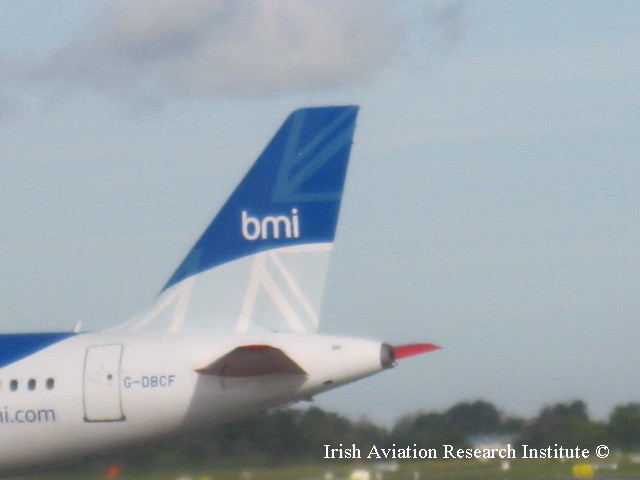 Yesterday marked in the end of an era in the European airline industry as G-MEDF Airbus A321-231 c/n 1690 British Midland BD928 from Baku & Tbilisi arrived in London Heathrow at 1030 operating BMI's final commercial flight, was met with a water cannon salute on arrival, to welcome it home for the last time and into history, with a large contingent of BMI staff meeting the aircraft at the gate.


BMI Airlines was fully integrated into British Airways AOC from Sunday 28th October following its acquisition by the IAG Group. The airline has been serving the Irish market for 23 years, after starting on Dublin-London Heathrow in April 1989 with DC-9 aircraft with its award 'Diamond Service' famous for hot on-board meals, British Midland subsequently replaced the DC-9s with Boeing 737-300/400/500s. 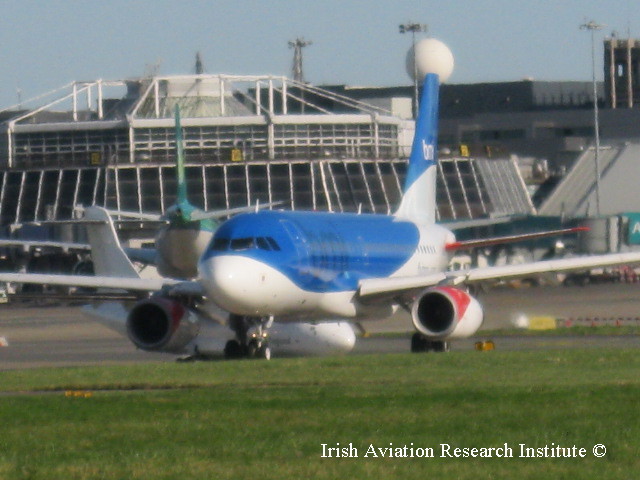 In April 1997 the airline placed a $1 Billion order for 20 Airbus A320/1 aircraft to replace its Boeing 737 fleet, with deliveries commencing in 1998, introducing the A321 on the Dublin route in April 1998, at its peak BMI operated 8 or 9 services per day each way services using A321s on the route. The airline's new global ambition was accompanied by a rebranding to bmi British Midland in 2001, subsequently shortened to BMI in 2003.


The British Midland product was favoured by customers and the travel alike, in 2002, 2003, 2004 BMI won Best European Airline by Irish Travel Trade News Awards, and in 2004 Best Airline-London Routes 2004 and Airline of the year by Irish Chamber of Commerce, however rapidly changing market conditions as result of economic conditions in 2010 lead the carrier to close its Dublin Base reducing flights on the Dublin-London Heathrow to four times daily from 28th March citing 'Continuing challenges in the airline industry and the sustained recession in the UK'. 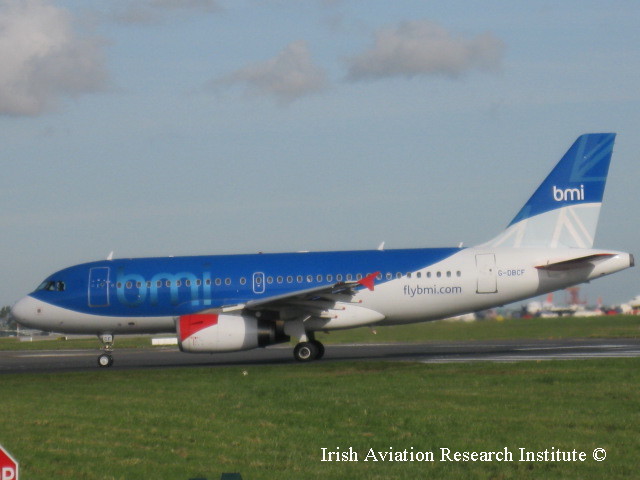 The BMI Brand still lives on following the acquisition of BMI Regional by Sector Aviation Holdings (SAH), whom is launching its own website and a new airline code - BM, under the terms of its agreement with IAG, SAH will have full rights to the BMI name from April 2013.  Cathal O'Connell, formerly with Aer Lingus, Aer Arann and Eastern Airways has been appointed to the new BMI Regional management team as Chief Commercial Officer.