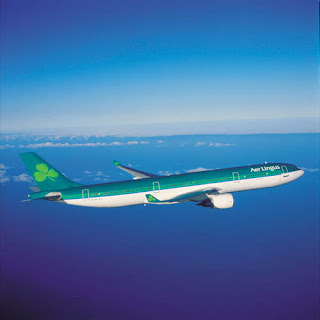 The sale of Aer Lingus moved closer as yesterday after months of speculation the government announced that it would dispose of its remaining 25% stake in Aer Lingus as part of the disposal of state assets under the Torika agreement. The government indicated there would be no fire sale of stake stating it would be when market conditions were favourable and at an acceptable price.   Aer Lingus becomes the latest EU flag carrier to join the growing list of mid-sized carriers for sale as the Czech Government wants to open an tender for the sale of CSA Czech Airlines, the Cypriot government has indicted it wants to sell its 86% stake in Cyprus Airways to a strategic investor, while the Polish government aims to privatise LOT Polish Airlines by the end of the year. Portugal ’s national carrier TAP-Air Portugal is to be privatised under the terms of their Torika Bail-out, the competitive pressures on Finnair mean the Finnish Government is considering reducing its shareholding t
Post a Comment
Read more
More posts