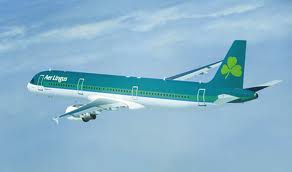 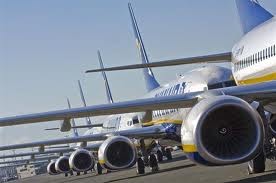 Ryanair announced that it carried 4.47 million passengers in February down 2% with load factor of 76% and in the rolling 12 months to the end of February it carried 76.1 million passengers. The carrier’s traffic will have been boosted by the collapse of Malev Airlines and Spanair with the launch of the new Budapest Base and increased demand on routes from , as the carrier reported 44,000 rescue bookings from Spanair passengers.

In Europe the Danish Trade Union 3F is seeking to negotiate a collective bargaining agreement for employees for Ryanair’s 48th European Base in Billund B, which has been rejected by Ryanair “Since all our workers are employed on Irish air territory and under Irish contracts, we have no interest in negotiating with the Irish, the Danes or any trade union” (NewEurope online 6th March).

Ryanair opens its 50th European Base in Paphos in April , however one of the unions representing Cyprus Airways staff warned that it will make a formal complaint on the joint agreement between the state and Hermes Airports to local and EU officials unless they get the same incentives as Ryanair (Famagusta Gazette 6th March).

Posted by Irish Aviation Research at 15:06 No comments: Links to this post