The market pressures in the European short-haul market continue to intensify as airlines struggle to remain competitive in an increasing hostile environment as revenues are eroded and cost and competitive countinue to multiple creating new challenges, the rate of change to adopt is increasing all the time therefore standing still is no longer an option with a middle of the road strategy when it comes to cost control.

Air France announced on the 20th of March a new ‘Transform 2015’ plan aimed to restore the airline to sustainable profitability with particular emphasis on the short-haul and medium haul markets, where it and its regional subsidiaries made an operating loss of €500 million in 2011. To turnaround the operation the carrier plans to consolidate the operations of  Brit Air , Cityjet and Regional Airlines into a single unit which have yet to be defined, also its low-cost subsidiary Transavia France which operates four Boeing 737-800s from Paris Orly will be expanded under  its current brand or another. 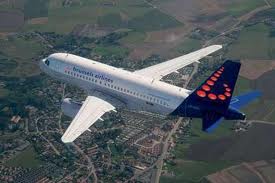 Brussels Airlines according to media reports was considering moving its HQ to Ireland or Luxembourg to enable the carrier to compete against Ryanair due to favourable tax and employment conditions, although the carrier later rejected the idea stating it was option. The opportunity was seized by the Walloon government who made an offer to Brussels Airlines to re-locate its base from Brussels National to Brussels South Charleroi saving the carrier €29 per passenger.

Finnair announced on the 22nd of February it was in negotiations with potential partners to form a JV to take over the operation of the European short-haul network, which would enable it to reduce costs and have a competitive cost base, as low-cost carriers Norwegian Air Shuttle and Ryanair continue to develop their presence in the Finnish market. 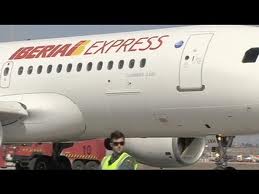 Iberia launched its new lower-cost production operation Iberia Express on the 25th of March with four Airbus A320s from its Madrid base which will play a vital role as a feeder for the long-haul network, despite strong opposition from the Iberia unions. The Iberia Express operation will grow to 14 A320s operating 17 routes with 500 employees by the end of the year eventually the fleet will grow to 40 A320s by 2015 making a contribution of €100 million to the IAG group.

The LCC’s in Europe will continue to drive on-going re-structuring of the legacy carriers in Europe in an ever-changing landscape ,for certain they must not take their foot off the brake in on-going cost reduction to maintain competitiveness to ensure their long-term survival.