Could it become 'Fortress Dublin Airport' ??? © 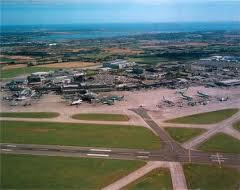 The prospect of Dublin Airport becoming a 'Fortress' Airport remains a real prospect in the event of a successful take-over of Aer Lingus by Ryanair already the two carriers including Aer Lingus Regional account for 83.9% of total Dublin Airport Traffic (UBM Aviation Routes May 2012). According to Anna.aero (June 2012) Ryanair competes on 73% of the Aer Lingus route network indirectly or directly out of Dublin Airport. The etablishment of Aer Lingus Regional has seen the Aer Lingus brand re-enter markets too large to justify Airbus A320 equipment (Bristol) and to feed it's Transatlantic route network, interestingly it has filled the gap left by Ryanair exiting UK city pairs to Aberdeen, Blackpool and Bournemouth also increasing frequenices to Edinburgh & Glasgow. Since the collapse of the Celtic Tiger and subsequent recession traffic into Ireland has collapsed by 23%  (Anna.aero February 2012), with indic
Post a Comment
Read more 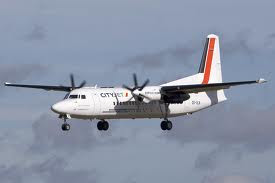 Cityjet has announced it is to launch a new route from it's London City Base to Munster-Osnabruck airport operating daily from the 28th of October using Fokker F50s marking it's first route in the German market. The carrier identfied a gap in the market following the decision of Air Berlin to terminate the Munster-Osnabruck route leaving the London market without an connection. The Cityjet CEO Christine Ourmieres stated : "By starting services to Münster, CityJet is expanding its appeal to the UK MICE industry as well as facilitating a new trade corridor for the rapidly expanding British green technologies and renewable energies market". The carrier achieved a significant milestone at London City Airport on the Wednesday 11th  July 2012 when the millionth movement, which arrived  at 0850 on Wednesday was CityJet RJ85 AF5118 from Dublin. The airline has been serving LCY for 18 years having commenced the r
Post a Comment
Read more
More posts