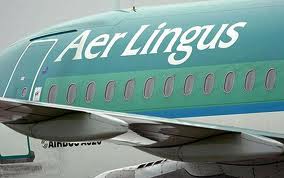 Aer Lingus announced from Sunday 28th of October it's moving to Belfast City Airport after an extensive competitive tendering process with Belfast City & Belfast International airports. The opportunity for the RFP was a result of British Airways announcing it was closing the Bmibaby Base at Belfast City following the acquisition of the carrier and subsequent operations review thus creating a void to be filled by another carrier at Belfast City. The Aer Lingus move underpins it's €100 million investment in Northern Ireland having established a base in Belfast International five years ago and it's commitment to the Northern Ireland market. This announcement will see the carrier re-structure the Belfast route network accordingly routes to Alicante, Barcelona, Faro, Las Palmas, Lanzorate, Malaga, Tenerife South will cease effective 28th October. The routes to the Canary Islands are apparently being axed due to run
Post a Comment
Read more
More posts