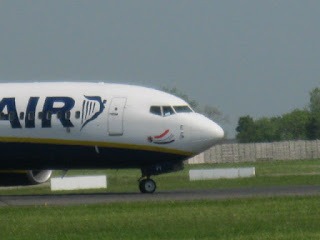 The recent announcements by Ryanair to cut capacity at Barcelona & Madrid (20th July), the Canary Islands (19th July), Greek Islands (18th May), Morocco (28th June) demonstrates the airline management laser beam focus on continuous unit cost reduction, thus being able to flex it's assets to where they can be re-deployed at a lower cost (existing bases or new bases) or parked as has been the case the last two winters 80 + aircraft. The announcements by Ryanair will see the carrier cut the frequency on the Dublin-Barcelona route also the carrier will close routes from Fuertaventura to Ireland West Knock Airport, Las Palmas to Shannon and Tenerife South to Cork Airport, although Aer Lingus serves these routes from it's Cork & Dublin Bases. The airline operates no routes from it's Irish bases to the Greek Islands or Morocco. On the 26th of June the Ryanair CEO Michael O'Leary stated the airline planned to
Post a Comment
Read more
More posts