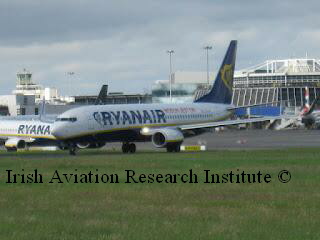 The launch of new routes from Warsaw Modlin marks Ryanair's return to the Warsaw market after a gap of four years as the carrier perviously terminated routes to Warsaw Chopin in 2008 after a landing charges dispute. The Ryanair CEO Michael O'Leary stated 'That's why Modlin provides such an opportunity. It's still not particularly cheap here but it has lower costs than at Chopin airport, and it gives us an important lower-cost gateway'. 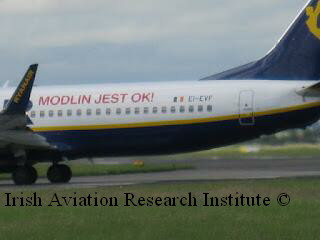 The Dublin to Warsaw Modlin route commenced on the 16th of July operating three times weekly on Wendsdays, Friday and Sunday and will increase to a daily service from the 28th October and was weclomed by the DAA becoming it's 10th Polish route from Dublin Airport.

Warsaw Modlin is located 35 kilometres north of the Warsaw city centre, with the site formerly used as a military airfield in the  district of the town of Nowy Dwór Mazowiecki with plans to have a rail link in place by the end of 2013.