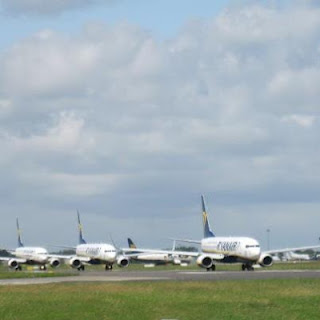 Ryanair continues to deliver stellar profitability in a very tough environment while competitors struggle to restore profitability in the European short-haul market, announcing a Q1 operating profit of €132 million and net profit of €99 million down 29% vs. 2011 on revenues of €1.284 Billion carrying 22.5 million passengers up 6% with a load factor of 82% down 1% with cash reserves of €3.808 billion. The Ryanair CEO Michael O’Leary stated " Ryanair continues to grow its traffic across Europe while maintaining the lowest unit costs in the airline industry, and generating healthy profits as evidenced by the 8% after tax margin achieved in the first quarter, We continue to see significant opportunities to grow across Europe as many airports aggressively compete to attract Ryanair’s traffic growth". The carrier’s ancillary revenues continue to grow strongly up 15% to €285.9 million in the long-term ancil
Post a Comment
Read more 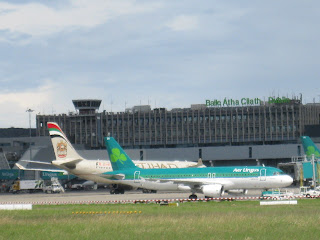 Aer Lingus and Etihad Airways yesterday (Monday 30th July 2012) announced a new code-share and interline agreement which will come into effect from the third quarter leveraging the natural strengths of their perspective networks in Dublin and Abu Dhabi. Etihad Airways operates 10 flights a week from Abu Dhabi to Dublin using Airbus A330-200s and has carried more than 817,000 passengers between the two capitals since it began flying the route in July, 2007. Aer Lingus and Etihad Airways use terminal 2 at Dublin Airport. Aer Lingus become the 36th partnership carrier with Etihad Airways following the airline taking a 2.987% stake in Aer Lingus. Interestingly both carriers have a partnership with Jetblue Airways in New York JFK where Aer Lingus will switch terminals in early 2013. The partnership will see Etihad Airways will place its “EY” code on Aer Lingus flights between Dublin, Manchester and London Heathrow, and destinat
Post a Comment
Read more
More posts