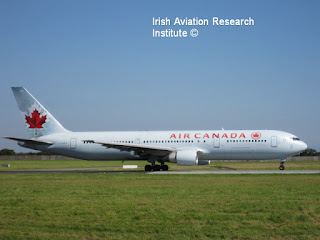 C-GHPD departing off Runway 10 Friday 11th August                                                      Air Canada has announced that it's developing plans to launch a new LCC (Low-cost carrier) carrier in 2013 focusing on leisure markets with a fleet comprising of 30 Airbus A319s and 20 Boeing 767-300ER's which will be transfered from it's mainline operation when leases are to due expire in the next 24-36 months after the airline reached new labour agreements. The new LCC subsidary will operate routes to Caribbean, Florida ,Las Vegas and a number of European routes. The Air Canada CEO Calin Rovinescu stated "The launch of an Air Canada low-cost carrier represents pure growth in flying for our pilots and for the Air Canada family, the low-cost carrier] would allow Air Canada to maintain or grow its presence in these low-cost markets where we are no longer able to compete effectively against new entrants, return to markets we’ve had to abandon, and also enter new
Post a Comment
Read more
More posts