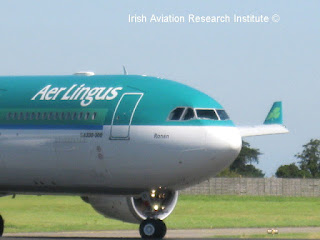 Dublin Airport is ready to handle 15,000 US Visitors over the next four days ahead of the US Football game Notre Dame Vs Navy Emerald Isle Classic on 65 charter and scheduled flights, which takes place on Saturday 1st in the Aviva stadium kicking off at 1400 hours, marking the start of the American Football season, presented by The Gathering Ireland 2013.

The Aviva Stadium will host the 86th playing of the Navy Vs Notre Dame ,the two colleges last played their fixture in Ireland in 1996 when Notre Dame triumphed 54-27 in Croke Park. 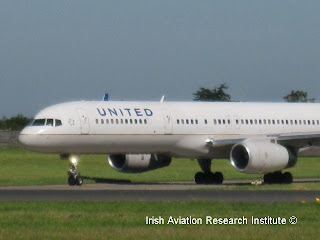 Aer Lingus has added extra flights to it's schedule to cope with demand, Delta Airlines is operating an Airbus A330 charter . United Airlines have added an extra daily frequency on the Dublin-Newark route UAL66/7 arriving at 0915 UAL67 departing 1300 using a Boeing 757-200 effective 29th August to 6th September.
US Airways has increased capacity on the Philadelphia-Dublin route from Boeing 757-200s to Boeing 767-200s.

According to an Irish aviation Facebook page the following flights will operate:

It is expected many more US visitors will make their way to Dublin through European and UK destinations over the next few days, event organizers are expecting over 30,000 US Visitors in all for the game, generating an estimated €60 million for the Irish economy. 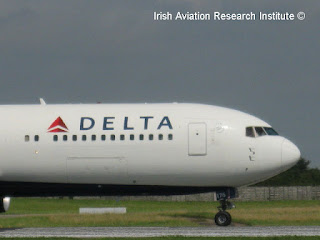 Dublin Airport expects to handle 85,000 passengers the day after the  game (Journal.ie 29th August) . The Irish Aviation Research Institute™ will be covering activity at Dublin Airport over the coming days post and pre the event.

CHC Helicopters Ireland Ltd/Irish Coast Guard Sikorsky S-61N EI-MES c/n 61776 departed Shannon Airport for the last time on the 25th July 2012 en route to Lee-on-Solent prior to being shipped back to the United States. This aircraft was registered EI-MES on 27 March 1997 ex LN-OQO, G-BXAE.


I had an opportunity to speak to the crew at Weston Aerodrome Open Day on 10th September 2011 said the Sikorsky S-61N fleet would be phased out on a gradual basis firstly commencing with the Shannon Base, followed by Sligo, Waterford and Dublin bases as the new Sikorsky S-92s are delivered.

EI-ICA,EI-ICD,EI-ICR and EI-ICU have been allocated for Sikorsky S-92s to be delivered with the Sligo SAR Base to take delivery of the next Sikorsky S-92A next December.


The new replacement helicopter EI-ICG Sikorsky S-92A C/N 92-0150 'Rescue 115' ex N150AL entered service at Shannon Airport on Saturday 31st June one day ahead of schedule ,after an extensive crew familiarisation training which took place since the helicopter was delivered  Lee-On-Solent to Shannon Airport on 29th January.