Ryanair Announces new route and frequencies from Budapest Base © 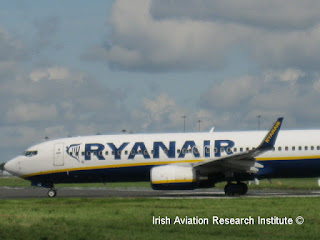 Ryanair announced that it is to launch a new route from Budapest to Frankfurt Hahn (25th route) operating four times weekly effective 12th November and is to increase frequencies to Eindhoven (4 to 7 weekly) and Lonon Stansted (14 to 21 weekly) (Origo 30th August). The negative side the routes to Lübeck and Memmingen will cease.

The airline launched a special promotional fare on routes from Budapest to Bergamo, Charleroi, Eindhoven and Gothenberg (Origo 30th August).

Ryanair has five aircraft Budapest based aircraft expects to carry 2 million passengers from the base this year sustaining 2,000 jobs . The airline is negotations with Budapest Airport to increase the base fleet to between five and eight aircraft for Summer 2013 (Origo 30th August).