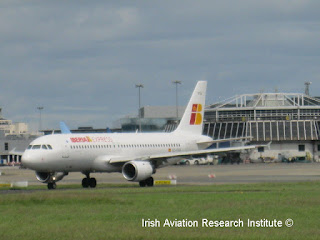 American Airlines and Iberia Express, a subsidiary of American's joint business partner, Iberia, received approval from the US DOT approval for a new codeshare agreement. This agreement enables American Airlines to place its code on flights marketed by Iberia, and operated by Iberia Express, between its Madrid hub and 14 destinations throughout Europe. Flights go on sale next Tuesday 4th September for travel commencing Monday 10th September.

The Iberia Express Chief Commerical Officer Silvia Mosquera said "This is a strategic agreement for Iberia Express. The joint operation of our routes enables us to offer our customers better connections between Europe and North America, and optimizes our resources in terms of profitability."

Posted by Irish Aviation Research at 14:28 No comments:


Ryanair announced 28th August it's launching two new routes from it's Manchester Base to Gdansk (Poland) and Riga (Lativa) operating twice weekly effective 9th and 7th November.  Manchester became it's 45th European base in October 2011 operating 26 summer routes and 18 routes this winter which will deliver 1.3 million passengers, operating from Terminal 3.

Ryanair spokesman Maria Macken said: "Ryanair is pleased to announce two new Manchester routes to Gdansk and Riga as we grow our winter Manchester schedule, sustaining over 1,300 'on-site' jobs.We are launching the service to Gdansk on the back of the success of our route to Warsaw, which has seen strong demand ".

Posted by Irish Aviation Research at 13:47 No comments: 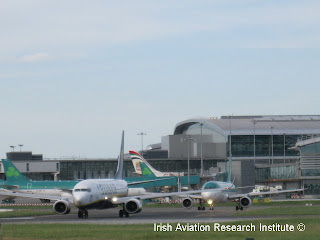 The European Commission announced on 29th August it would immediately begin a in-depth phase II investigation into the proposed acquisition of Aer Lingus by Ryanair, which was notified to the EC on 24 July 2012.

In an statement the EC Commission stated  “Ryanair and Aer Lingus are the main operators out of Dublin airport. On a large number of European routes, mainly out of Ireland, the two airlines are each other's closest competitors and barriers to entry appear to be high.”

“Many of these routes are currently only served by the two airlines. The takeover could therefore lead to the elimination of actual and potential competition on a large number of these routes.”

A spokesman for Aer Lingus said: "The number of routes into and out of Ireland on which Aer Lingus and Ryanair compete has sharply increased since 2007. The reasons for prohibition are therefore even stronger than before."

Ryanair said in a statement "Ryanair's offer lapses, in accordance with takeover rules, with immediate effect, and all acceptances of the offer to date are void. Ryanair intends to re-bid for Aer Lingus if the European Commission clears its offer following its Phase II review".

The European Commission has 90 working days, until 16 January 2013, to take a decision on whether the proposed transaction would significantly impede effective competition in the European Economic Area (EEA).