Showing posts from September 3, 2012
Show All 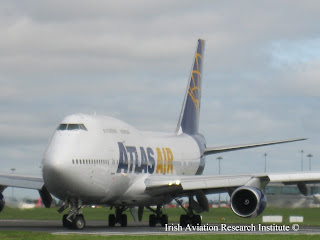 The Emerald Isle Classic was the first NCAA-sanctioned American college football game played in Europe at the Aviva Stadium Dublin on Saturday 1st September with 35,000 fans travelling to support Norte Dame & Navy Academy teams. The event was described as the largest mobilisation of Americans for an overseas event , which generated a considerable volume of activity at Dublin Airport pre and post the event which was the the formal launch of the Ireland Gathering 2013.                                         All transatlantic carriers serving Dublin catered for the increased demand with Aer Lingus operating a special charter flight from Washington Dulles with the Naval Academy team and entourage also an extra flight from New York JFK. An Aer Lingus spokesman Declan Kearney stated all US flights where fully booked for the week, with the airline expecting to carry 13,000 passengers.
Post a Comment
Read more
More posts