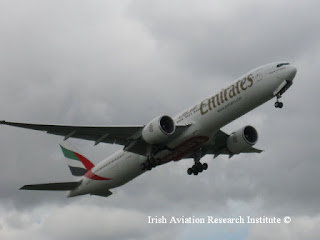 The two carriers will jointly offer 98 weekly services between Australia and Dubai four daily including four daily Airbus A380 flights, allowing passengers to connect to Emirates Airlines European route network of 33 destinations including Dublin. In addition, Qantas will launch daily A380 services from both Sydney and Melbourne to London via Dubai for a combined unprecedented seven daily A380 flights to London Heathrow.

Irish customers will benefit from Emirates Airlines access to Qantas Airways domestic network of more than 50 destinations and nearly 5,000 flights per week , and improved schedule to New Zealand to Auckland and Christchurch, as Emirates Airlines launches a daily A380 service on the Melbourne-Auckland route in October.

Emirates Airlines stated "By combining forces, both airlines will benefit from cost savings and enhanced economic efficiencies, including economies of scale and joint purchasing, which will contribute to optimising the operating performance of each organisation creating a commercial relationship that is a first in aviation history".

The airlines will submit applications for authorisation to the Australian Competition and Consumer Commission (ACCC) and other relevant regulatory authorities, in order to begin commercial planning.  Subject to regulatory approvals, it is anticipated that the partnership arrangements will take effect in April 2013.

Emirates Airlines and Qantas Airways have set up a dedicated website outlying the agreement. 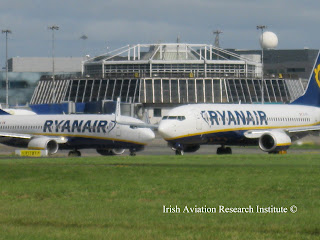 Ryanair signed a new 10 year collaborative agreement on Wednesday with Brussels South Charleroi Airport (BSCA) committing the carrier to operating at Charleroi till 2022 at least , according to Benelux media outlets, under the agreement BSCA continues to provide ground handling services to Ryanair.