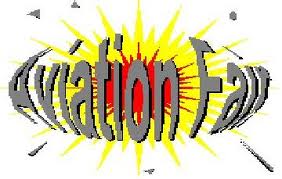 The 20th Annual Irish Aviation fair takes place next Sunday 25th November between 1000 and 1600 hours at ALSAA Sports Club Complex located next to Dublin Airport- Free Admission . The annual event moved to ALSAA from the City Center a few years ago to allow a bigger and better exhibition and it has grown in popularity among the aviation community every year since. Exhibitors and traders at the fair include slide and photo sales, models, second-hand books and magazines, aviation collectibles, aviation art. The fair began as a project of the Aviation Society of Ireland which came into being in 1969 and now exists as a kind of 'virtual society' with most of the interaction between its members happening over the internet evolving into an annual social gathering of the aviation enthusiasts. Those travelling to the Fair by Bus routes serving ALSAA are 33, 41, 41B, 41C, 102 can access to the front entrance to the ALSAA clu
Post a Comment
Read more
More posts