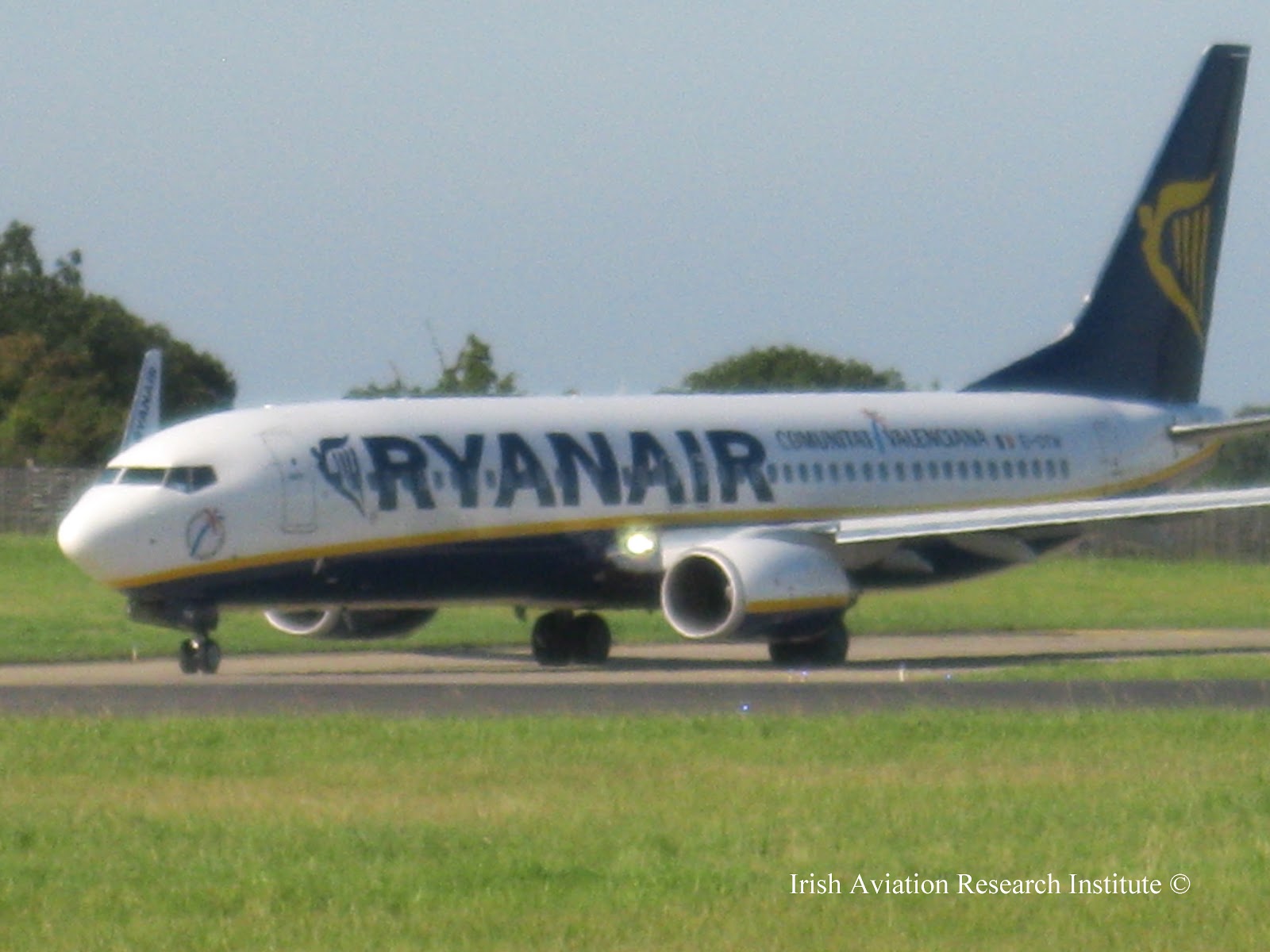 Ryanair today announced a new route Girona to Groningen Airport Eelde operating twice weekly on Thursdays and Sundays from 31st March 2013, Girona is the third destination to be served by Ryanair from Groningen in addition to Milan Bergamo operated year round and Palma for the Summer season both operate twice weekly.

Ryanair's Sales & Marketing Manager Netherlands Henrike Schmidt said "They are two very busy weeks for Ryanair been in the Netherlands, with the base opening at Maastricht-Aachen Airport on Wednesday 12 December, and the publication of our second base in Eindhoven from next summer. I am therefore very pleased to announce the new destination for our third Dutch airport Groningen Airport Eelde.

From the summer of 2013, our passengers to choose between three exciting destinations, Barcelona-Girona, Milan-Bergamo and Palma de Mallorca. For our Dutch passengers means more choice and enjoy  Ryanair's no fuel surcharge guarantee".

Posted by Irish Aviation Research at 18:27 No comments: Links to this post


Bombardier Aerospace announced that an airline, which is based in the Americas, has signed a Letter of Intent to acquire 12 CS100 airliners with options on an additional 18, at this time the airline has requested to remain undisclosed, based on the list price of the CS100 a firm order would be valued at $870 million increasing to $2.08 billion if all options are exercised.

Bombardier Commercial Aircraft President Mike Arcamone said "We are thrilled with the worldwide momentum of interest being shown for the CSeries aircraft program and we are pleased that customers in both our traditional aviation markets and growth markets are exploring opportunities and centering business cases around the use of the CSeries jetliners. This customer selected the CS100 jetliners based on the flexibility and superior operational efficiencies offered only by the CSeries aircraft family".

The wings for the first CSeries flight test vehicle (FTV1) are being mated to the fuselage at the company's final assembly facility in Mirabel, Québec, after arriving from Bombardier Aerospace Belfast in December. Assembly of FTV1 is progressing smoothly in preparation for first flight by the end of June 2013.


Bombardier Aerospace announced today Air Baltic has signed a firm purchase agreement to acquire 10 all-new Bombardier CS300 airliners. The Riga, Latvia-based airline also has purchase rights on a further 10 CS300 aircraft. The purchase agreement represents the conversion to firm orders of a Letter of Intent (LOI), announced at the Farnborough Air Show on July 10, 2012. The LOI also included the purchase rights on the 10 additional CS300 aircraft.

Based on the list price of the CS300 airliner, the firm-order contract is valued at approximately $764 million US and could increase to $1.57 billion US should the 10 purchase rights be converted to firm orders.

Air Baltic CEO Martin Gauss said "A modern and efficient fleet is one of the fundamentals of the airline business, and this order is a progressive and exciting move forward for us. Following an in-depth analysis of existing and re-engined aircraft, as well as the new technologies offered by Bombardier's all-new CSeries aircraft, the results were clear and we selected the CSeries airliner".

Bombardier Commercial Aircraft President Mike Arcamone said "Recognized as one of the world's most innovative airlines, airBaltic demonstrates the growing demand and need for unmatched technologies, operational flexibility and efficiencies,we are delighted that airBaltic is complementing its fleet of eight Q400 NextGen turboprops with the CSeries aircraft to implement its new initiatives and integrate new levels of passenger comfort and greener flying."

As of September 30, 2012, Bombardier had booked orders and commitments for 352 CSeries aircraft that include firm orders for 138 CSeries airliners from 14 customers that have joined the CSeries aircraft program - ten with firm orders - include major network carriers, national and premier carriers, low-cost airlines, leasing companies and a full service provider to airline partners.

Posted by Irish Aviation Research at 11:55 No comments: Links to this post