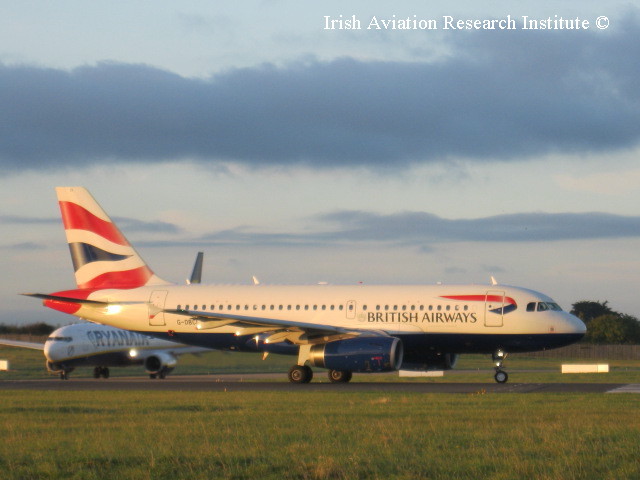 British Airways has announced in response to increased customer demand its maintaining its winter frequency on Dublin London Heathrow for the Summer season bringing an extra three daily flights on the route, following the introduction of winter schedule on 28th October the airline increased frequency from four to eight times daily.

British Airways Ireland Manager Simon Daly said "By maintaining the current winter timetable, this increased capacity allows us to bring destinations on the world map closer to Ireland - providing both business and leisure travellers with a greater choice of connections to our extensive global network offering at London Heathrow ".

DAA Strategy Director Vincent Harrison said "We have worked very closely with British Airways since last summer, when the acquisition of bmi brought them back onto the Dublin-Heathrow route. Dublin-London is Europe's busiest international city route and this welcome announcement  will offer both business and leisure passengers additional choice and convenience when travelling between the two capital cities."

The route is operated by a 150-seat Airbus A319 aircraft offering the choice of both Club Europe and Club Traveller cabins and passengers can enjoy a full on-board experience with complimentary food and drinks.

The Dublin to London Heathrow is Europe's busiest international city pair with 3.7 million passengers travelling between the two in 2011.