Ryanair will operate 17 routes from Santander in Summer 2013 © 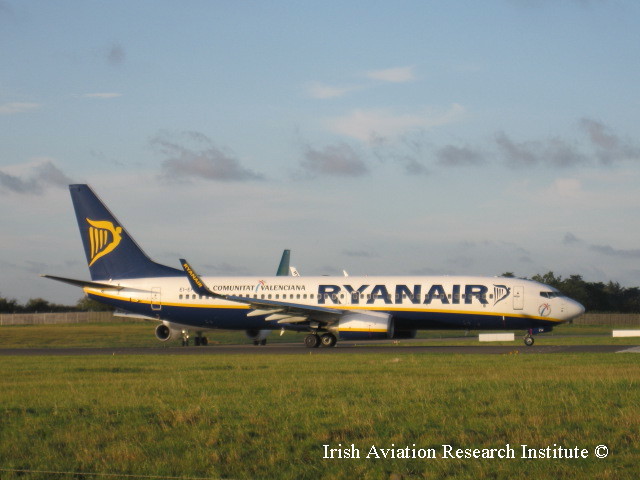 Ryanair CEO Michael O'Leary in a press conference in Santander said the carrier will operate 17 routes and 63 weekly flights from Santander Airport in Summer 2013 including a new route to Edinburgh from 11th April operating twice weekly, the airline will deliver 900,000 passengers by year end sustaining 900 jobs in Cantabria Region, stating their is potential for greater growth.

The airline has carried 4.5 million passenger at Santander since it commenced operating from London Stansted and Rome Ciampino in September 2004. Ryanair operates Dublin to Santander twice weekly on Thursdays and Sundays from 24th March.

Posted by Irish Aviation Research at 19:42 No comments: Links to this post