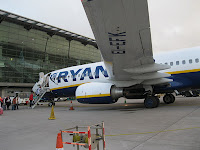 Ryanair announced it carried 4.20 million passengers in February down 3% with a load factor of 77% up 1% and in the rolling 12 months to the end of February it carried 79.3 million passengers, as Ryanair grounded up to 80 aircraft February 2012 was a leap year and thus had 29 days which accounts for a further 3% drop in traffic. Ryanair’s Robin Kiely said "As previously guided, Ryanair’s adjusted February 2013 traffic fell by 3% over February 2012 as we grounded up to 80 aircraft. The leap year of February 2012 had 29 days and accounted for a further 3% drop. However, Ryanair’s load factor increased by 1% and we delivered another record 12-month traffic as almost 80m passengers chose one of Ryanair’s ultra-low fares since February 2012." Irish Aviation Research Institute © 5th March 2013 All Rights Reserved.
Post a Comment
Read more 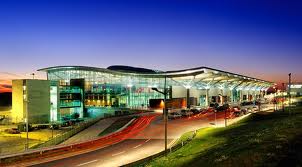 Cork Airport today announced more than two million seats are available to more than 50 destinations across the UK and Europe in partnership with its airline and tour operators for Summer 2013. Cork Airport Director Niall MacCarthy said "We have worked very closely with our airline and tour operator partners since last summer to ensure we can offer an expansive array of destinations and additional services this summer. The availability of two million seats from Cork Airport this summer is testament to the strong demand from this catchment area on both business and leisure routes during the peak summer season. Airlines and tour operators always try to match supply to demand and this is very evident in today’s announcement." Aer Lingus will operate daily services to Faro and Malaga this summer, as well as increasing the frequency on its service to Barcelona from three to four times a week, this means Aer Lingus will pro
Post a Comment
Read more 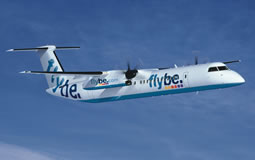 Picture: Courtesy Flybe   Flybe today announced the launch of a new route from Manchester to Waterford operating four times weekly on Mondays, Wednesdays  Fridays and Sundays from 22nd May 2013 catering for business and lesuire traffic on the route using DHC8-400s. Flybe UK Managing Director Andrew Strong said "Flybe is committed to continue developing our extensive route network out of Manchester. It has become a key hub for us.  We fully expect many of our new Waterford passengers to take advantage of the added connections available with Flybe from Manchester that not only includes our own extensive network throughout the UK and regional Europe bookable online, but also the seamless onward connections available through our codeshare and interline partners to a huge range of worldwide destinations, when booked through a travel agent. " MAG Aviation Commercial Director Mats Sigurdson said "We’ve noticed more and more passengers are using long haul services into
Post a Comment
Read more
More posts