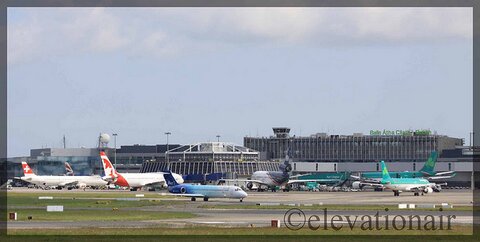 Courtesy: Paul Doyle  Dublin Airport was among similar-sized European airports showing the highest passenger traffic increases during May, according to new figures from ACI Europe. Overall passenger traffic growth at Europe’s airports registered a “significant” increase of 4.3% compared to May 2012. Dublin’s 8.6% rise in passenger numbers during May was one of the highest among airports in the 10 to 25 million passenger category. Among airports in the 10 to 25 million passenger category, the largest increases were at Manchester (10.5%), Berlin TXL (9.6%), London STN (9.5%), Lisbon (9.2%), and Dublin (8.6%). Irish Aviation Research Institute © 8th July 2013 All Rights Reserved.
Post a Comment
Read more
More posts