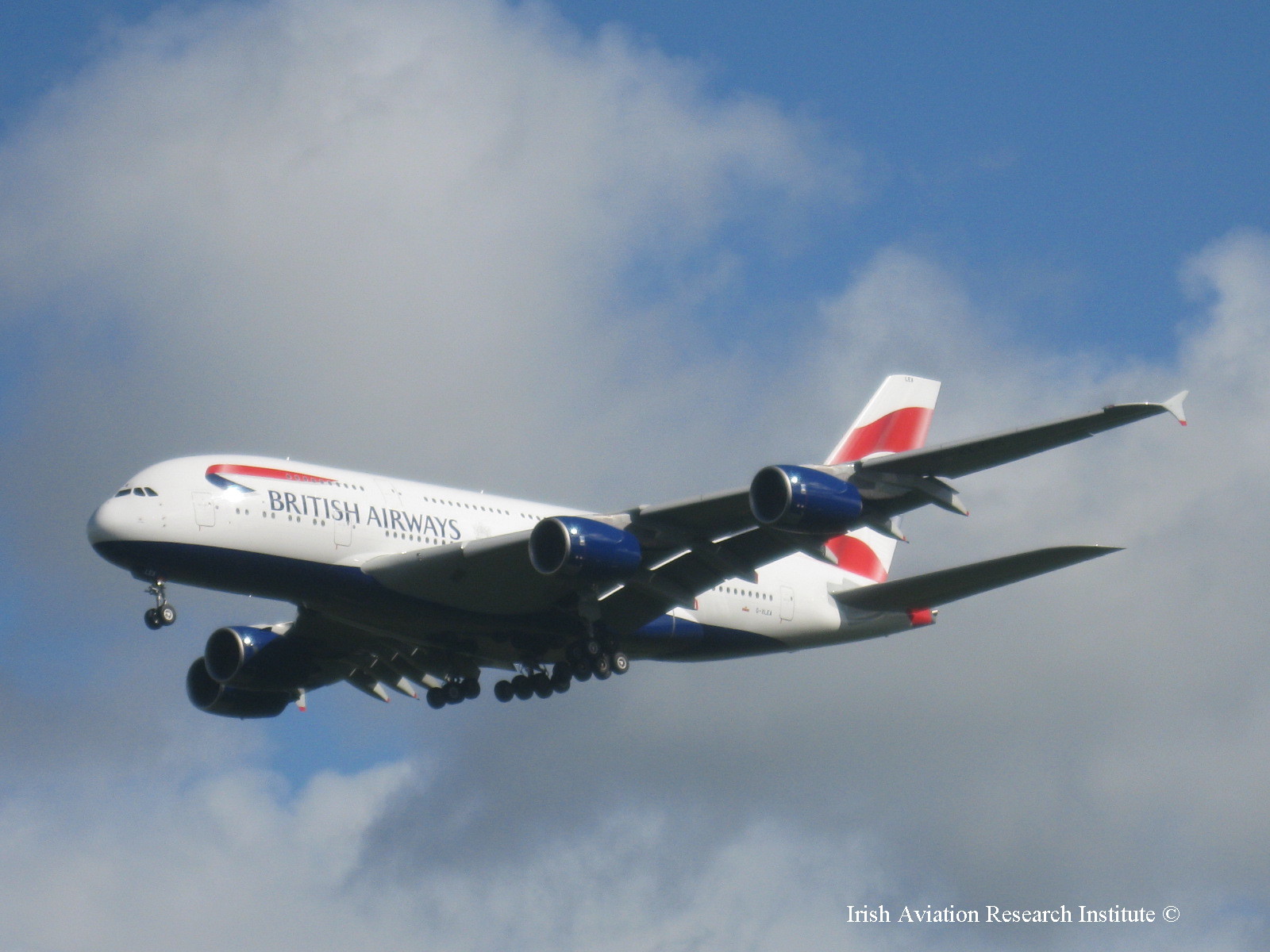 G-XLEA Airbus A380-841  British Airways' new Airbus A380-841 G-XLEA c/n 095 ex F-WWSK has flown into Shannon Airport ahead of its use on some of the airline's long-haul network from September, becoming another Irish aviation first for Shannon Airport as the World's largest passenger aircraft lands in any livery for first time. BAW9152 G-XLEA arrived at 1017 from London Stansted and departed to London Gatwick as BAW9153 at 1240. The double-decker aircraft, which can cater for up to 469 passengers, will be used to fly between London Heathrow and Los Angeles from 24th September. The 2013 list price for an Airbus A380-800 is €403.9 million subject to design weights, engines choice and level of selected customization. British Airways has a further 11  Airbus A380s on order and also has options for a further seven aircraft. Additional A380s will be used on routes to Hong Kong and Johannesburg, from 22nd October and F
Post a Comment
Read more
More posts