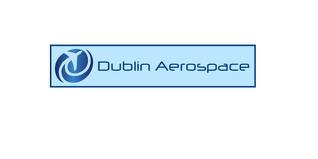 Courtesy: Dublin Aerospace  Dublin Aerospace announced it has concluded APU contracts with DHL ME and Finnair. The contract with DHL ME based in Bahrain is for the provision of APU maintenance services on its fleet of Boeing 757 aircraft. The maintenance services carried out under this contract covers DHL’s fleet for a duration of 5 years which commenced on 1st January 2013. The company has concluded a contract with Finnair for the refurbishment of 4 Boeing 757 APU’s. DHL Aviation EEMEA  Head of Technical Eric Foley  said "We are very pleased to enter into this partnership with Dublin Aerospace for comprehensive APU support. Leveraging on the depth of experience that DAL have in the support of APU’s we are looking forward to sustained levels of on-wing reliability for the foreseeable future". Dublin Aerospace CEO Donal Rogers stated that "Dublin Aerospace are delighted to have been chosen as DHL Aviation EEM
Post a Comment
Read more
More posts