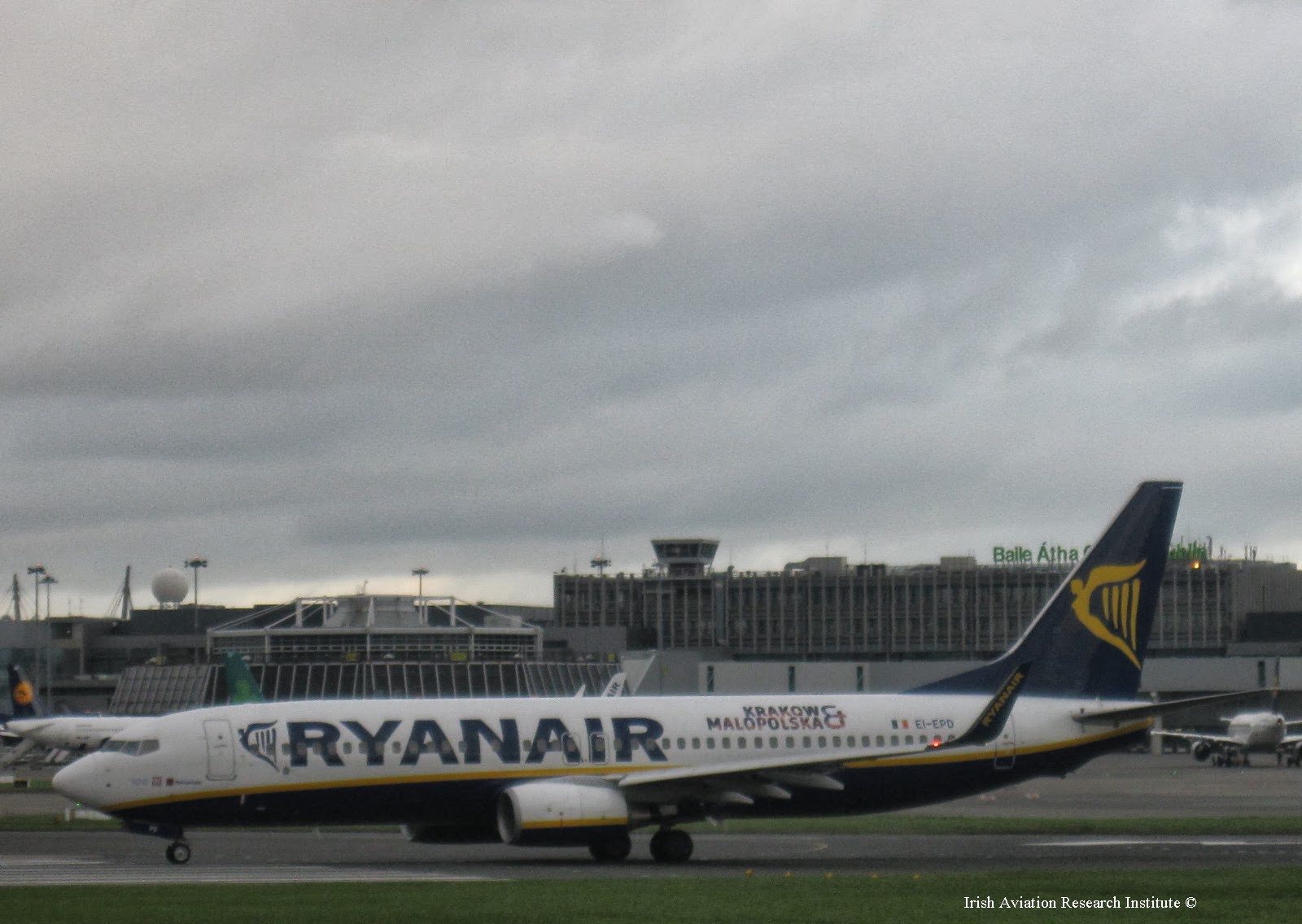 EI-EPD Boeing 737-8AS/W Ryanair  Ryanair has applied 'Krakow & Malopolska' titles to EI-EPD Boeing 737-8AS/WL construction number 40310. The aircraft was pictured at Dublin Airport yesterday Sunday 6th October 2013 operating RYR8011 to Warsaw Modlin. On 2nd October the airline celebrate its milestone of carrying seven million passengers to / from Krakow airport, since the first launching services to Krakow in 2005. President of the Krakow airport John Pamuła said "We are the further development of this carrier in our airport. Such a large number of tourists who visited thanks to Ryanair Malopolska and Krakow is extra money for entrepreneurs working in the tourism and proof of the attractiveness of the city and the region." Ryanair launched flights to Krakow October 30, 2005 from London Stansted and Glasgow Prestwick. On 3rd April 2013, the carrier opened it's 53rd European base at Krakow operatin
Post a Comment
Read more
More posts