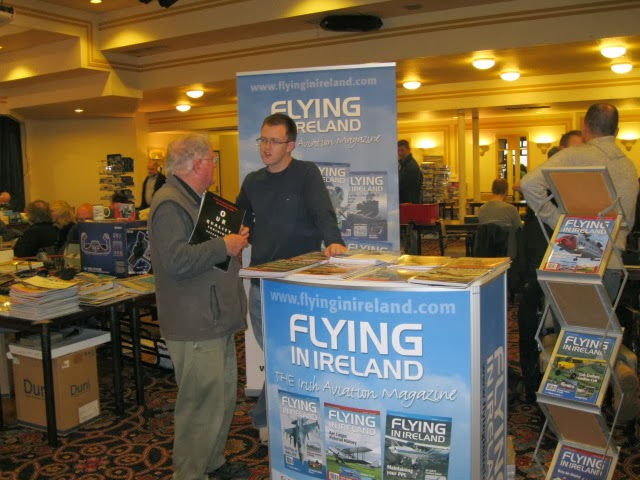 Annual Aviation Fair  The 21st Annual Irish Aviation fair takes place next Sunday 24th November between 1000 and 1700 hours at "The Cloud Suite" of the Carlton Hotel, old airport road, located next to Dublin Airport Admission is free! The annual event has gone from strength to strength having moved to ALSAA from the City Center a few years ago,  to allow a bigger and better exhibition and it has grown in popularity among the aviation community every year since, as annual gathering and networking event. To meet demand the venue has a new home at the Carlton Hotel, old airport road. Exhibitors and traders at the fair include slide and photo sales, models, second-hand books and magazines, aviation collectibles, aviation art. The fair began as a project of the Aviation Society of Ireland which came into being in 1969 and now exists as a kind of 'virtual society' with most of the interaction between its membe
Post a Comment
Read more

Courtesy: Irish Air Corps  Airliner Experience is pleased to announce permission has been granted for an Aviation Enthusiast's Group Visit to the Irish Air Corps - Casement Aerodrome, Baldonnel. Depending on their operations schedule we will have access to most of the resident Air Corps aircraft, for external and internal inspections, which include, Helicopters: AgustaWestland Aw139 (x6) Eurocopter EC-135 (x3) Fixed Wing Aircraft: CASA CH-235M - Troop Transporter & Maritime Patrol (x2) Pilatus PC-9M (x8) Gulfstream IV - Government Jet (x1) Learjet 45 - Government Jet (x1) Cessna 172  (x1) It is a real privilege to be allowed group access to Casement Aerodrome and to glimpse inside the workings of the Irish Air Corps and their aircraft. Depending on the day, and on Air Corps operations we may get to visit the guns and Ammunition Section, Control Tower and Meteorological Office. There may also be an opportuni
Post a Comment
Read more
More posts