Adorned with the World Cup special livery, the Emirates Boeing 777 landed at  1152 and departed just before 1400. The arrival of aircraft generated considerable interest on Dublin Aviation enthusiasts facebook pages

The 350 seater aircraft has a creative design, specific to the FIFA World Cup™, emblazoned on the fuselage along with the recognisable signature of the legendary Brazilian football great. 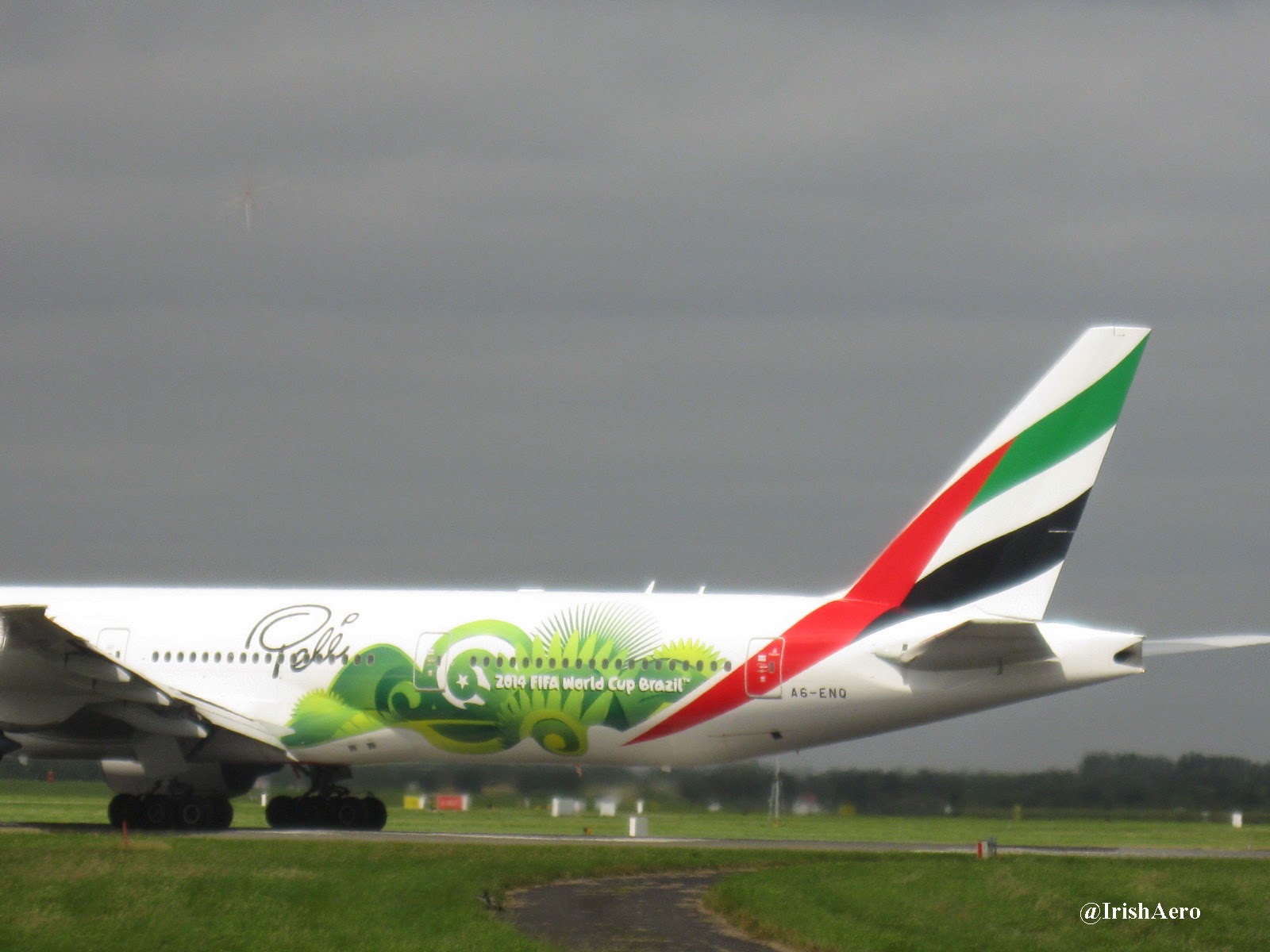 Emirates will serve Dublin with a second daily non-stop flight from 1 September 2014. The airline’s Boeing 777-300ER aircraft will add capacity of more than 5,000 seats a week in both directions.