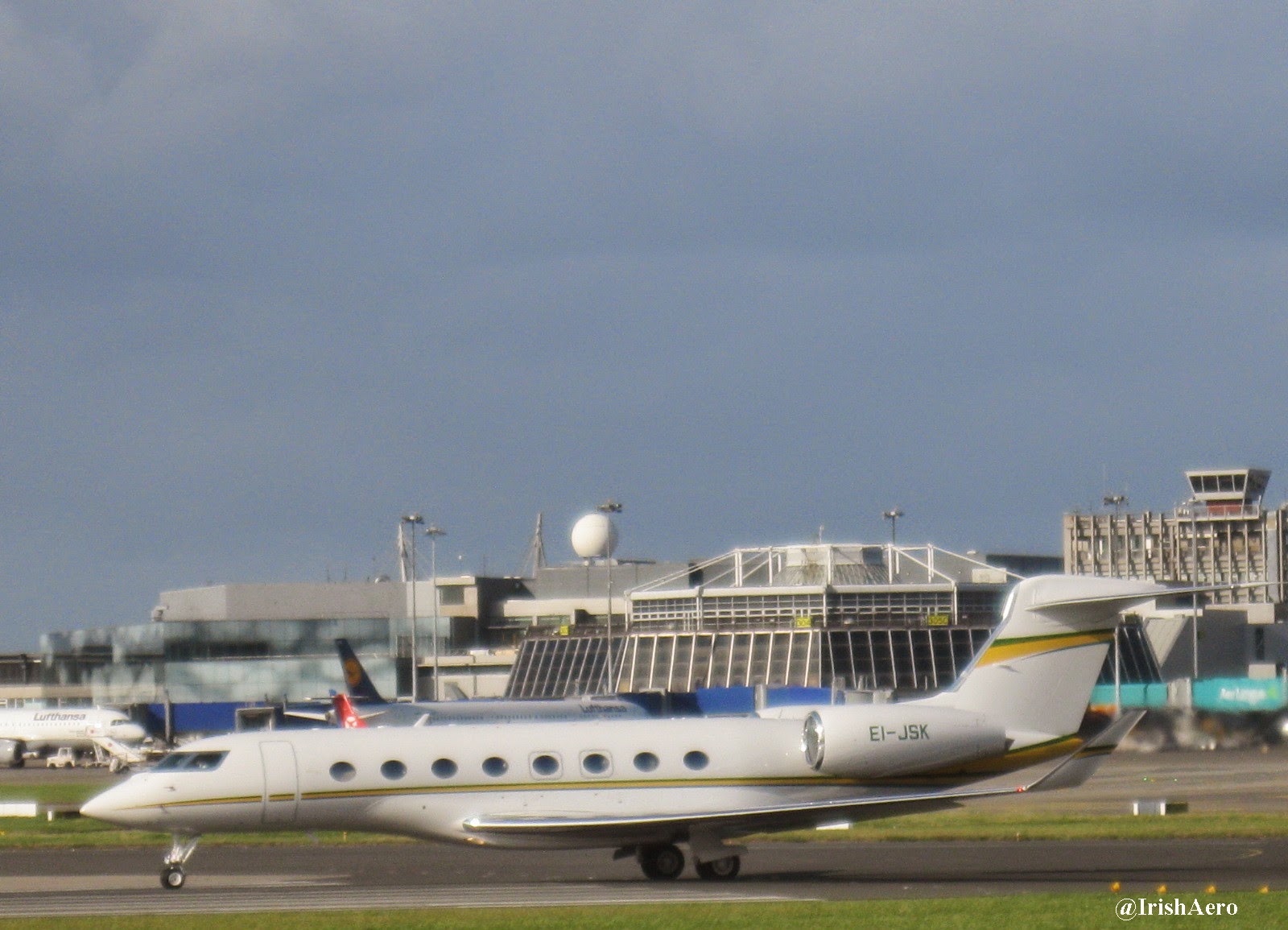 EI-JSK Gulfstream G650 Westair Aviation Ltd  Shannon based Westair Aviation Gulfstream G650 EI-JSK paid it's first to Dublin Airport today. The first Irish registered Gulfstream G650 is registered to Westair Aviation Ltd, the aircraft is owned by JP McManus. EI-JSK was delivered from Gulfstream's factory in Savannah, Georgia on 2nd May to Shannon Airport. The aircraft is allocated callsign 'Emerald 006'. The plane’s official Irish registration, EI-JSK, features the initials of McManus’s children John, Sue Ann, and Kieran. This is the second G650 to be based in Ireland, businessman Denis O’Brien, who took delivery of G650 MSN 6032 in July 2013. However, this aircraft was registered in the Isle of Man as M-GSIX. The Gulfstream G650 2014 list price is $64.5 million dollars. The Gulfstream 650 is one of the fastest business jets on the market, with a top speed of 0.925 Mach and range of 7000 nautical miles
Post a Comment
Read more
More posts