Showing posts from March, 2015
Show All 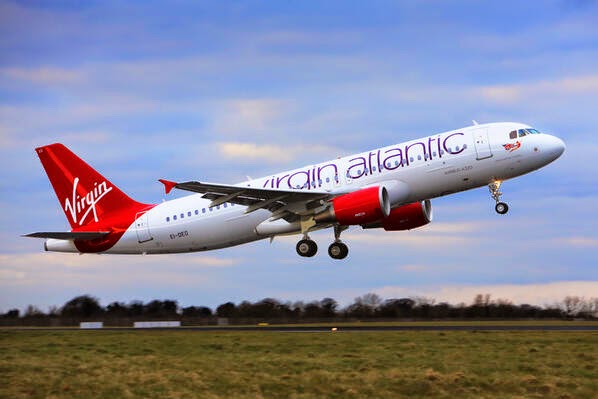 Virgin Little Red Airbus A320  Aer Lingus Airbus A320-214  c/n 2486 EI-DEO operated the final Virgin Atlantic Little Red London Heathrow – Manchester service VIR3045 on Saturday 28th March. The aircraft then positioned Manchester to Dublin as VIR879 for re-configuration and painting prior entry into service with Aer Lingus this summer season. Flights between London Heathrow and Edinburgh and Aberdeen will continue throughout summer 2015, operated on its behalf by Aer Lingus, with the final flights on 26th September 2015. Irish Aviation Research Institute © 31st March 2015 All Rights Reserved.
Post a Comment
Read more 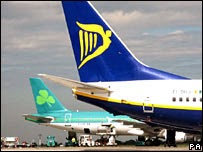 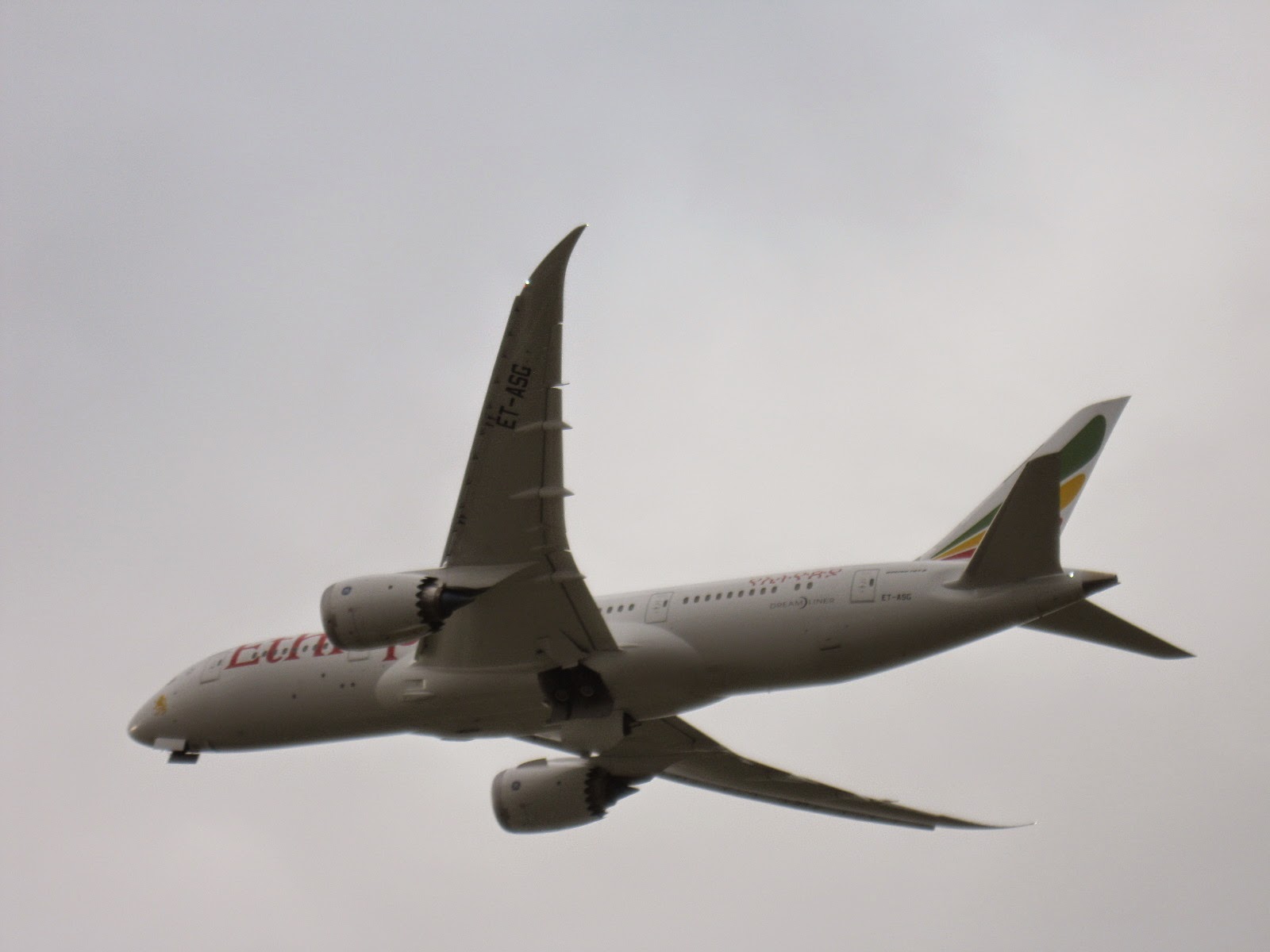 ET-ASG Boeing 787-8 Ethiopian Airlines  A little piece of Irish Aviation history was made yesterday (Friday 20th March) as Ethiopian Airlines Boeing 787-8 Dreamliner ET-ASG made a scheduled first visit to Dublin Airport.  In October 2014 the largest airline in Africa announced that it would commence three times weekly flights direct from Dublin to Addis Ababa and Dublin direct to Los Angeles on the Dreamliner 787. ET-ASG Boeing 787-8 is the latest addition to Ethiopian's growing fleet of 787s with eleven in service and a further two on order, the aircraft was delivered on 1st February and is leased from Shanon based AerCap. Dreamliner B787 Flight Number touched down at Dublin Airport on a short visit ahead of its inaugural flight to Los Angeles on June 20th next. Ethiopian Airlines Chief Executive Tewolde Gebremariam travelled on the aircraft from London Heathrow with crew and a number of African journalists and were welcom
Post a Comment
Read more 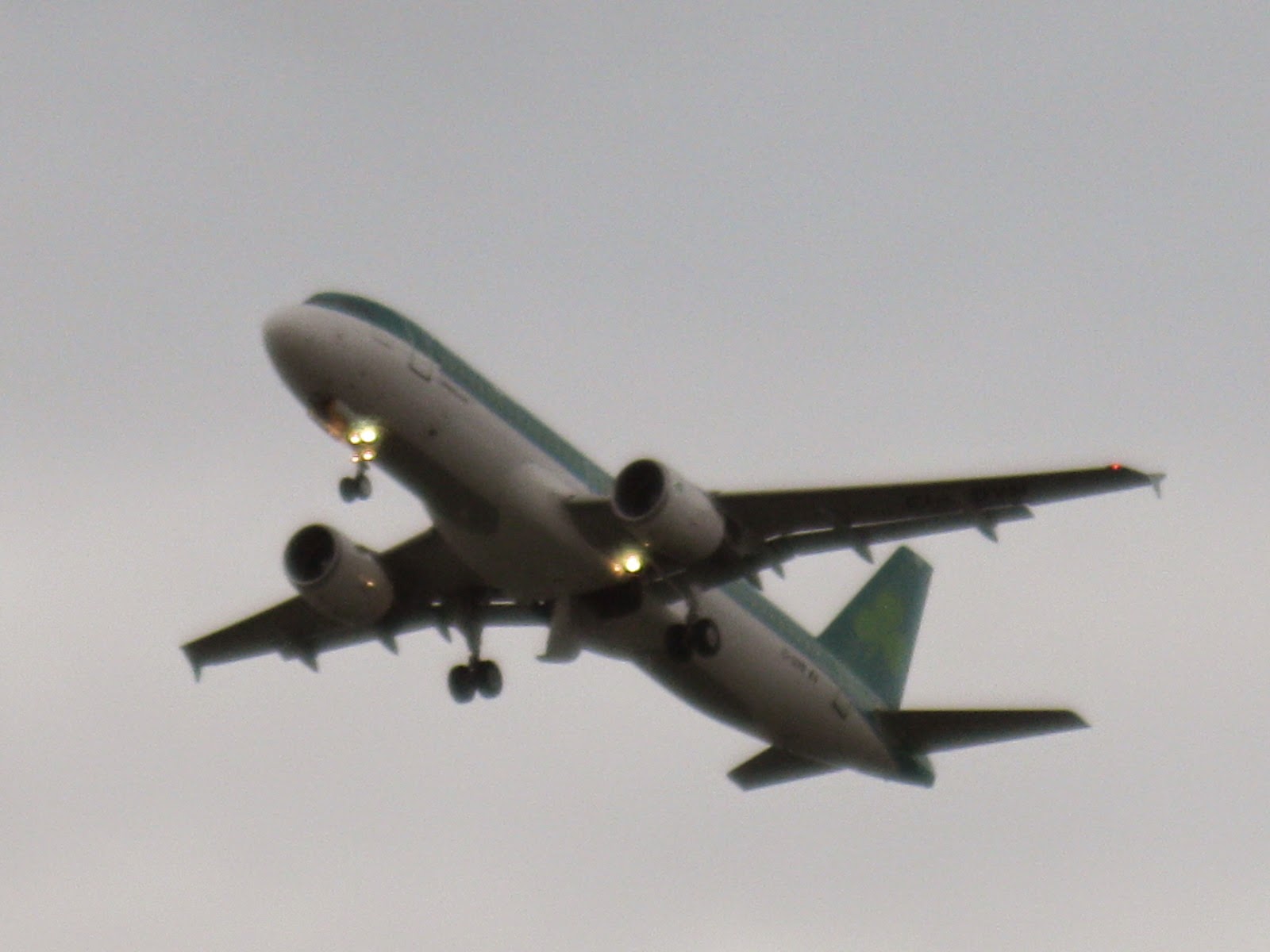 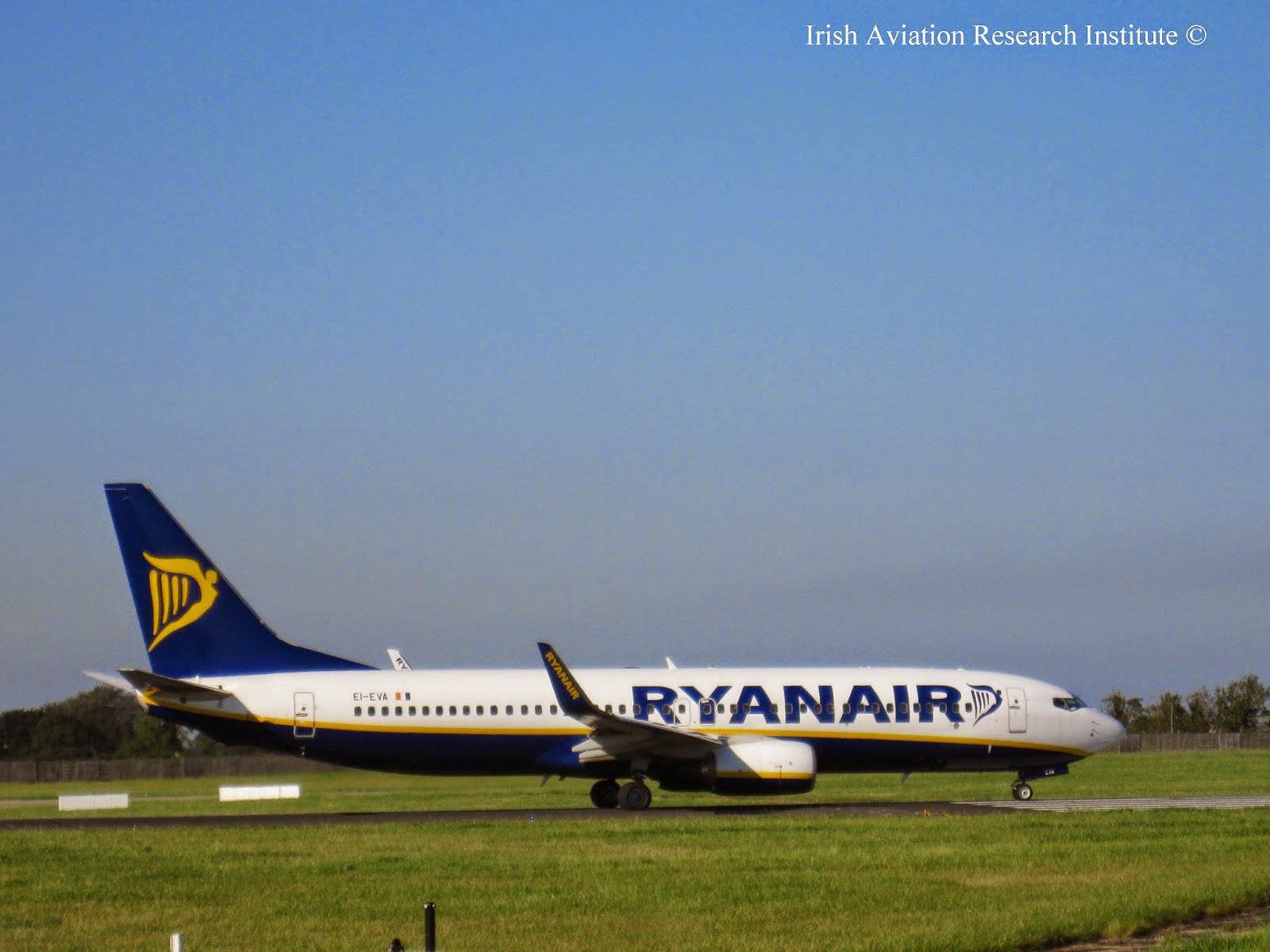 Ryanair Boeing 737-800 Irish budget carrier Ryanair today operated it's inaugural service from Dublin to Copenhagen operating daily with a Boeing 737-800 competing head to head against three carriers Aer Lingus five times weekly, Norwegian Air Shuttle twice weekly and SAS Airlines daily service. Copenhagen becomes it's first primary airport to be served in Scandinavian market and fourth primary airport to be added to it's Dublin scheduled since last September, adding to Brussels Zaventem, Cologne and Glasgow International as part of it's “Always Getting Better” customer programme, increasing its appeal to business passengers. The budget carrier estimates 50% of it's growth will come from primary airports over the next five years. On 29th October last the airline announced Copenhagen as it's 70th European base initially with one based aircraft operating to London Luton, Milan Bergamo and Warsaw Modlin,
Post a Comment
Read more

EI-FIE Boeing 737-8AS Ryanair  EI-FIE Boeing 737-8AS Ryanair construction number 44695 pictured above by Essie Josie arriving Dublin Airport on delivery Friday 13th March. With this delivery the Irish low-cost carrier now has 307 aircraft in service. This morning Irish budget carrier Ryanair's 10th brand new Boeing 737-8AS registered EI-FIE entered revenue service this morning operating RYR7256/7 to and from Madrid, later operating two sectors RYR1986/7 to and from Nates and RYR1958/9 to and from Nice. The 737-800 is the best-selling version of the highly successful Next-Generation 737 family, the most reliable and technologically advanced airplanes in the single-aisle market. Ryanair operates the largest all-Boeing fleet in Europe with more than 300 737-800s in service and is the biggest customer for the airplane type, ordering more than 530 throughout its history. Irish Aviation Research Institute © 17th March 2015 A
Post a Comment
Read more 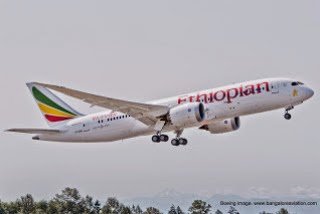 Ethiopian Boeing 787 Image courtesy of Boeing  This Friday 20th March an Ethiopian Airlines Boeing 787 Dreamliner is to make an promotion visit to Dublin for the Irish travel industry,  ahead of the carrier commencing  services from Dublin to Addis Ababa and Los Angeles on 20th June. Dublin will become the 11th European city to be served by the carrier. ETH700/1 will be operated as an once-off  flight to and from London Heathrow arriving in Dublin 1325 local and departing 1625 local. The airline will operate to Addis Ababa and Los Angeles three times a week with the ultra-modern Boeing 787 Dreamliner, which offers unparalleled on-board comfort to passengers. Ethiopian Airlines operates a fleet of 11 Boeing 787-8 Dreamliners and has a further two on order. The airline is the fastest growing and most profitable airline in Africa.  In 2014, IATA ranked Ethiopian as the largest airline in Africa in revenue and profit.
Post a Comment
Read more 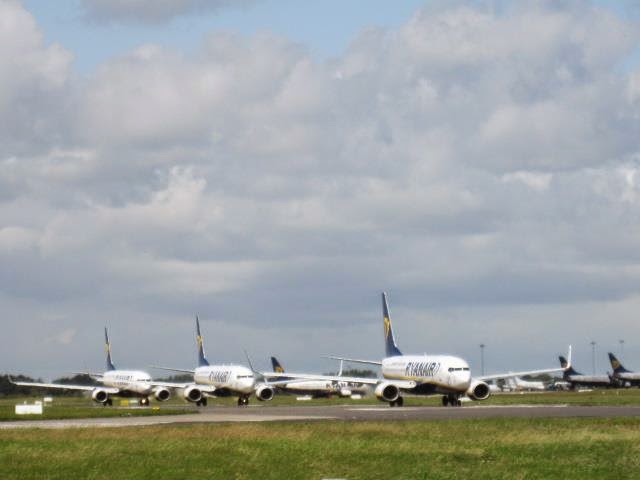 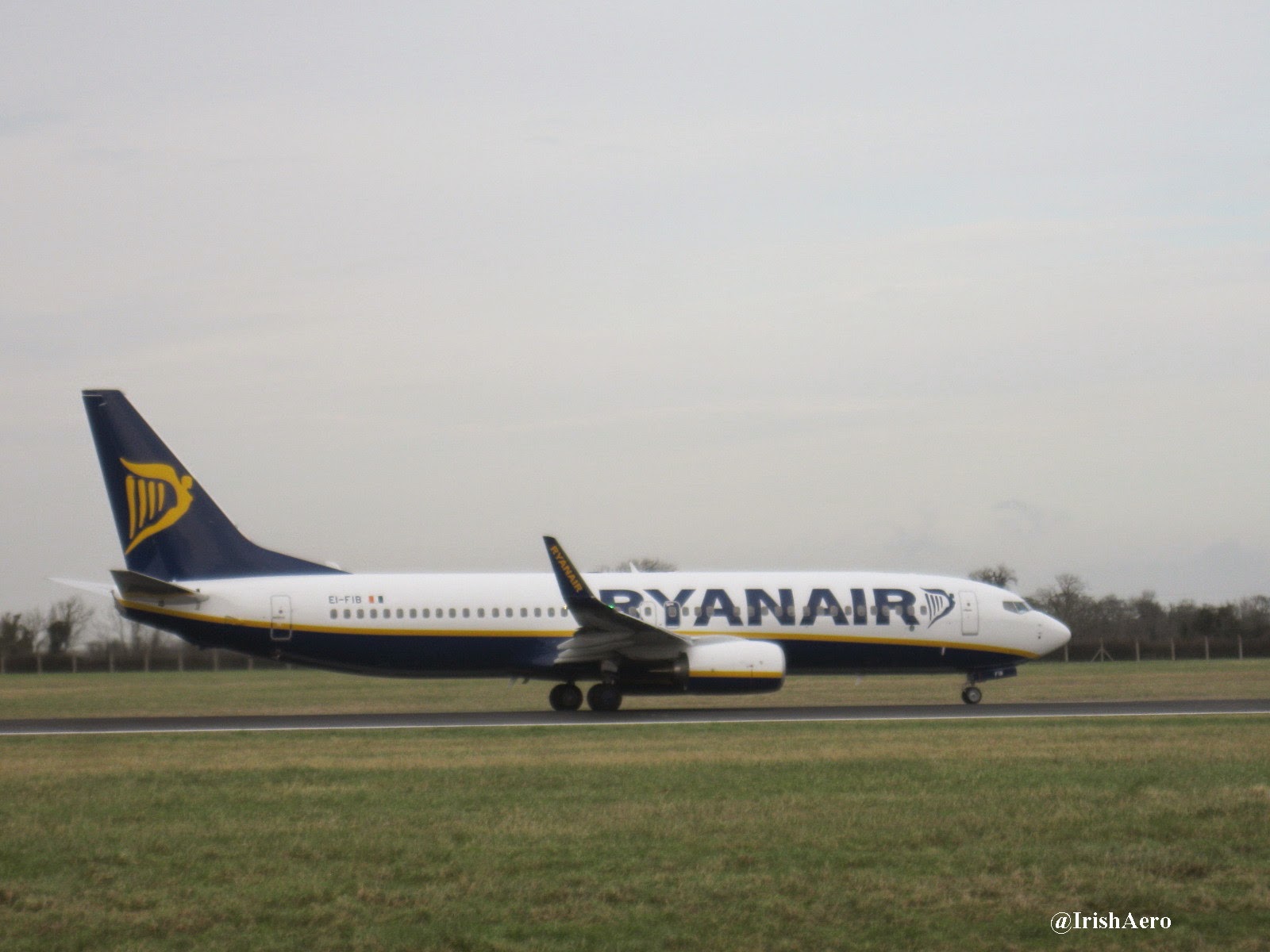 EI-FIB Boeing 737-8AS EI-FIB Boeing 737-8AS seen here departing Dublin Airport on 15th February 2015. Irish budget carrier Ryanair has taken delivery of fist batch of nine Boeing 737-800s of 175 ordered in 2013, increasing it's fleet to 306 aircraft, a further two aircraft are expected to be delivered by end of financial year to 31st of March 2014. The carrier will take delivery of a total of 20 new Boeing 737s between September 2014 and July 2015, which will enable the airline to open more routes and additional frequencies on existing routes for Summer 2015. To meet demand in April 2014 it ordered five additional aircraft , 4 of which will be delivered in early Summer 2015, with the 5th in February 2016, in a deal which increases Ryanair’s order book from 175 to 180 new Boeing aircraft. This week Ryanair announced the purchase of three additional Boeing 737-800s, for delivery in early 2016, bringing its total order to
Post a Comment
Read more 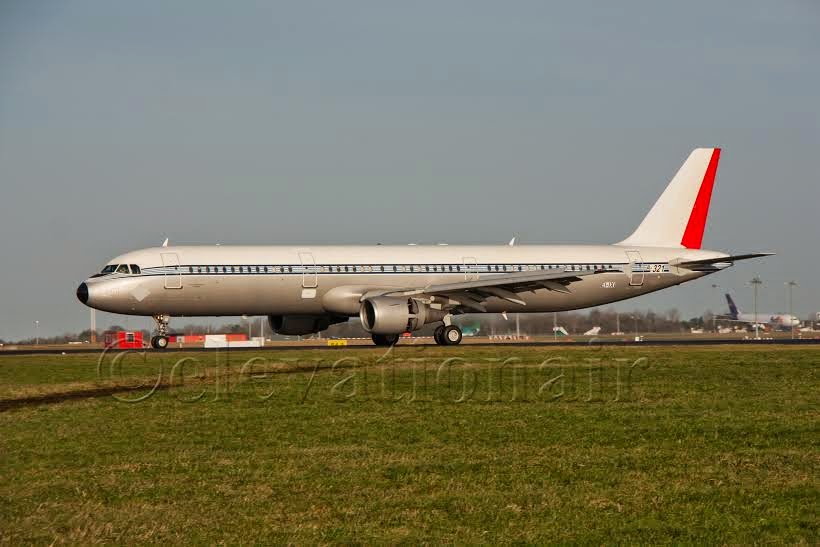 EI-IXI Airbus A321-112 EI-IXI Airbus A321 in basic Alitalia retro colors pictured above courtesy of Paul Doyle . On 20th November last  GA Telesis (UK) Ltd, a GA Telesis, LLC company (GA Telesis) announced it has purchased six (6) Airbus A321s (CFM56-5B) formely operated by Alitalia. According to Planespotters.net these aircraft were withdrawn from service and stored at Rome Fiumicino in 2013 and 2014. GA Telesis first aircraft, construction number 434, was delivered through Dublin last November and the remaining aircraft were delivered through February 2015 and subsequently re-marketed by the GA Telesis Asset Transaction Group (ATG). The first aircraft was delivered to Kemble, United Kingdom, were it entered the GA Telesis dis-assembly production line. The engines will be overhauled by GA Telesis Engine Services Ltd (GATES) in Helsinki, Finland. The parts removed from the aircraft will be repaired by the OEMs, GA Telesis Com
Post a Comment
Read more 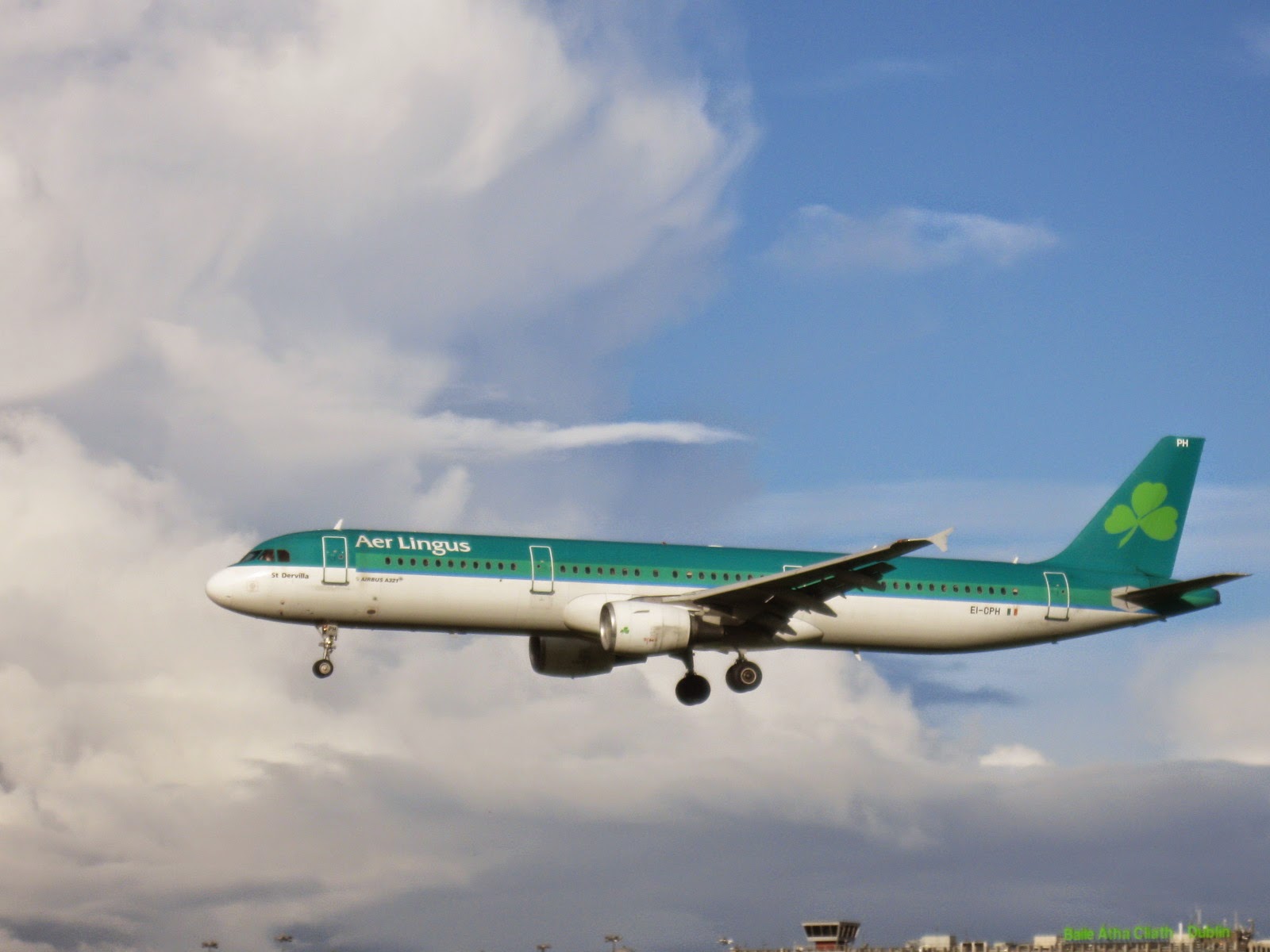