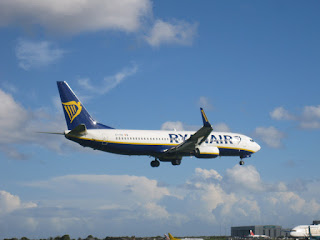 Ryanair Boeing 737-8AS  AerCap Delivers Airbus A320neo Aircraft on Lease to Spirit Airlines AerCap announced the delivery of an Airbus A320neo on lease to Spirit Airlines, making the airline the first U.S. airline to receive the aircraft type. This is the first of 5 A320neo aircraft to deliver to Spirit Airlines with a further 4 A320neo aircraft on order, expected to deliver through 2016.  AerCap has one of the largest Airbus A320neo Family portfolios with a total of 2 owned and 217 on order aircraft, delivering through 2021. AerCap Leased, Purchased and Sold 143 Aircraft in the Third Quarter 2016 AerCap announced in Q3 it executed sale transactions for 40 aircraft and exercised options to purchase 10 Airbus A320neo Family aircraft with deliveries in 2021 and executed sale transactions for 40 aircraft and purchased 7 aircraft, including 1 Airbus A320neo, 3 Airbus A350-900s, 1 Boeing 787-8 and 2 Boeing 787-9s. It signed lease
Post a Comment
Read more 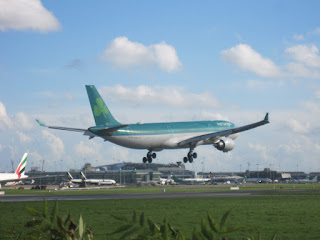