Showing posts from November 4, 2018
Show All 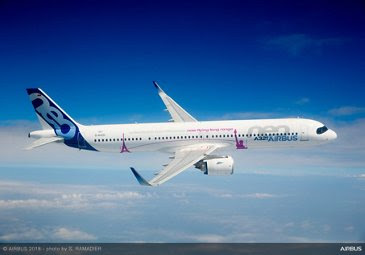 Image courtsey of Airbus  Aer Lingus mission statement "Our mission is to be the leading value carrier across the North Atlantic. Enabled by a profitable and sustainable short-haul network…Supported by a guest focused, brand and digitally enabled value proposition…Delivering above average returns on invested capital for our IAG shareholders". Speaking at IAG Capital Market Day on Friday 2 November Aer Lingus CEO Stephen Kavanagh outlined a strategy to maximize the opportunities presented by the new Airbus A321LR aircraft. The first three new Airbus A321LR aircraft will be delivered in 2019 as the carrier plans ambitious expansion to grow the fleet to 14 units by 2023. A futher 5 will be delivered in 2020 and 4 in 2021 and 1 each in 2022 and 2023.  The leased Boeing 757-200s will be phased out in 2020. A key feature of the new A321LR will be unlocking new city pair opportunities with new engine technology enabling t
Post a Comment
Read more 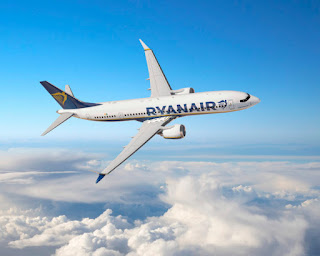 Image courtesy of Boeing  A tweet by Woodys Aeroimages on 31 October revealed Boeing commenced production of the first Ryanair Boeing 737 MAX 200 with the wing/body join position in final assembly. It will become the first airline to operate the MAX 200 after it takes delivery of the first five aircraft in March and April next year. Ryanair CEO Michael O’Leary said "The Max 200 aircraft, the game changer, have 4 percent more seats [compared with its 189-seat Boeing 737-800s] and a 16 percent lower fuel consumption per seat. These will drive very significant unit cost gains for us over the next five or six years." The carrier plans to take delivery of 42 aircraft between August 2019 and March 2020. The MAX 200 will account for approximately 10% of their fleet in the fiscal year through March 2020. In Ryanair's annual SEC 20F file the airline stated "The new aircraft will be used on new and existing routes
Post a Comment
Read more
More posts