Showing posts from December, 2019
Show All

Malta Air Boeing 737-800 Malta Air part of Ryanair Holdings Group is to operate the new Laudamotion service between Shannon and Vienna operating twice weekly from 1st April to 24th October on Wednesday’s and Saturday’s. Malta Air will operate Boeing 737-800 aircraft on the route in Ryanair colours. AAL3450 departs Vienna 0700 arrives Shannon 0855 AAL3451 departs Shannon 0930 arrives Vienna 1315 The route was secured with the help of measures in Budget 2020 to fund regional airport development. Andrew Murphy Managing Director Shannon Airport said "This is very positive news for Shannon as not alone do we get a scheduled service to one of Europe’s most visited cities and a strong inbound market for tourists to Ireland, but we are also getting a new carrier on the runway here as well. We have been working closely with Lauda and their parent Ryanair, to deliver this service and are looking forward to the airline commenci
Post a comment
Read more 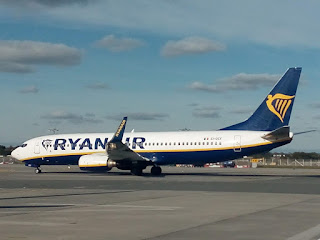 EI-DCF Boeing 737-8AS Ryanair  Irish budget carrier Ryanair is now offering one stop services from Dublin to Brindisi and Lamezia in Southern Italy through it's Milan Bergamo base. The Dublin to Brindisi service operates on Fridays for the winter schedule to 29 March with an connecting time of 3 hours 15 minutes. In summer schedule from 29 March on Tuesdays, Thursdays and Saturdays with connecting times varying from 3 hours on week days to 6 hours on Saturdays. The Dublin to Lamezia service operates on Mondays, Tuesdays, Thursdays, Fridays and Sundays with a connecting time of 3 hours 5 minutes. In summer schedule from 29 March the service operates twice weekly on Mondays and Wednesdays with connecting time of 5 hours 55 minutes. All services are Boeing 737-800 aircraft. This is the first time Ryanair has offered one-stop services from Dublin in a break from its point to point business model. Aer Lingus is to launch tw
Post a comment
Read more 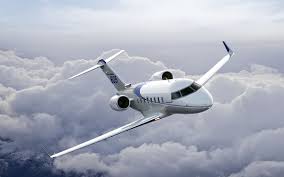 Challenger 601 Image credit Mach.ie  The Elite Luxury Events Ltd and Private Flyer IRL are to host Private Flyer Dublin at Weston Airport over weekend of 3-4th July 2020 as a unique aviation showcase event as 'Dublin's only exclusive jet-set lifestyle event'. The event is open to fixed wing aircraft and helicopters with Weston Airport handling all requirements for the event including arrival slot time according to Elite Events Dublin website. The event will be co-located with a lifestyle exhibition with a unique showcase of cars, aircraft, boats, fashion, golf and further luxury brands. The Private Flyer exhibition features Aircraft Showcase, Charter or Share ownership and Pre-owned Aircraft. Aircraft Showcase Compare a range of aircraft from leading manufacturers side-by-side. You can even fly before you buy, by arranging a demo flight with one of our participating exhibitors. Charter or Share For those looking
Post a comment
Read more 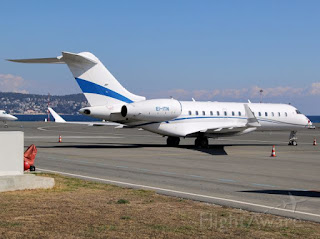 EI-ITN Global 6000 image credit FlightAware Private Sky the trading name of Airlink Airways Ltd Ireland's largest business jet operator based at Shannon Airport second Bombardier Global 6000 registered EI-ITN . The aircraft made a first visit to Dublin on Friday 29 November reported Dublin Movements blog. EI-ITN Bombardier BD-700-1A10 was formerly registered as OE-ITN and is allocated callsign 'HYR700A' and is based at Moscow Vnukovo. Private Sky has bases in Belfast City, Dublin Airport, London Stansted, Moscow with a fleet of Bombardier Challenger 850, Cessna 560XLs, Learjet 60s. The Bombardier Global 6000 costs approximately $45.5 Million is powered is powered by Rolls-Royce Deutschland BR710A2-20 turbofan engines, which provide 65.6kN of thrust at take-off. The The aircraft flies at altitudes up to 51,000ft can fly nonstop for up to 6,000 nautical miles with a cruising speed of 488 knots (Mach 0.85) carryin
Post a comment
Read more 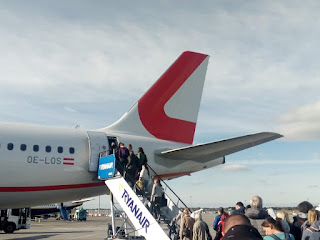 OE-LOS Airbus A320-214 Laudamotion For Summer 2020 season Ryanair's Austrian subsidiary Laudamotion is to operate one of Ryanair's four weekly services between Zadar and Dublin on behalf of Ryanair DAC. On Sundays from 29 March to 23 October RYR7313/7312 will operated by Laudamotion according to the Ryanair online booking engine. RYR7313 departs Zadar 1715 arrives Dublin 1925 RYR7312 departs Dublin 1955 arrives Zadar 2355 Laudamotion announced 11 December the launch of its new Zadar Base with 3 Airbus A320s operating a total of 31 routes across Europe to Arhus, Beauvais, Bremen, Cork, Hamburg, Kaunas, Maastricht, Riga, Liverpool, Toulouse, Vienna and Wroclaw commencing in early May 2020. The carrier stated the three Airbus A320s were originally planned to be based in Palma, however, the airline said it wanted to strongly focus on the tourism sector in Croatia instead, noting that the country been a highly sought a
Post a comment
Read more 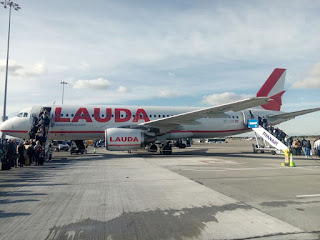 OE-LOS Airbus A320-214 Laudamotion  Ryanair's fully owned Austria subsidiary Laudamotion is to increase frequency on its Vienna to Dublin route from daily to eleven times weekly for IATA Summer Season 2020 from 29 March to 25 October, The carrier retains a daily frequency on Tuesdays, Saturday and Sunday with a double daily service operated on Mondays, Wednesdays and Thursdays and Fridays operated by Airbus A320 aircraft. Laudamotion operates the evening service on Mondays and Fridays operated by Airbus A320 aircraft. Malta Air operates the evening service on Wednesdays and Thursdays operated by Boeing 737-800 aircraft.  AL8888 departs Vienna at 1620 arriving into Dublin at 1820 and AL8889 departs Dublin 1845 arriving Vienna 2230. Irish Aviation Research Institute © 26 December 2019 All Rights Reserved
Post a comment
Read more