Laudamotion in talks to acquire Airbus A320neo, expands Palma Base 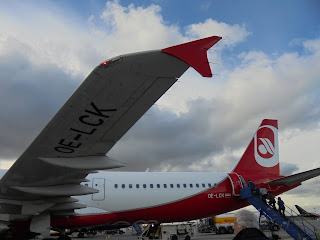 Laudamotion Airbus A321-200 According to a report by the German aviation website "Airliners.de" Laudamotion CEO Andreas Gruber now said that the central to the airlines growth plans is the Airbus A320neo.  The website quoted Gruber as saying "As soon as new planes are available, we want to have new ones." In the last few weeks Laudamotion CEO Andreas Gruber and Ryanair CEO Michael O'Leary held discussions with the aircraft manufacturer in Toulouse. Gruber points out discussions was about the future of the Germania order for 25 Airbus A320neo aircraft "As an Airbus operator, we naturally also have contact with the manufacturer" he stated. Laudamotion will add a further five new routes in the key German-Palma market following the collapse of Germania with the launch of Palma to Dresden, Erfurt, Rostock, Friedrichshafen and Nuremberg. The carrier is basing a total of four Airbus A320 aircraft in
Post a Comment
Read more 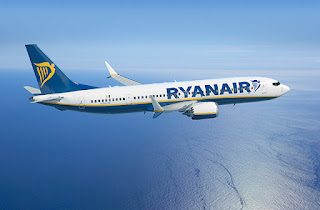 Image courtesy of Boeing  Irish budget carrier has announced that it is to deploy the first five new Boeing 737 MAX 200 aircraft to its London Stansted base. The first aircraft EI-HAT expected to arrive in April launching services from 16 May. The announcement was made as part of the launch of its Ryanair’s London winter 19 schedule at Stansted which will see the carrier increase capacity on 24 routes for a total of 118 routes carrying 21.5 million per annum an increase of 1%. Ryanair stated in June 2018 SEC 20F filing that "The new aircraft will be used on new and existing routes to grow Ryanair’s business", Routesonline listed the full schedule of Boeing 737 MAX 200 routes see here . Irish Aviation Research Institute © 23 February 2019 All Rights Reserved
Post a Comment
Read more
More posts