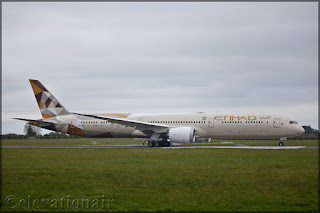 Abu Dhabi based Etihad Airways became the first carrier to operate the new Boeing 787-10 the stretched variant of the Dreamliner to Dublin leapfrogging United Airlines 787-10 service schedule to commence on 23 May from Newark. Etihad operated the 787-10 in lieu of the usual Boeing 777-300ER on the route.

Boeing has a total order book for 173 787-10 aircraft of which 23 have been to delivered with one to ANA Airlines, five to Et…
Post a comment
Read more 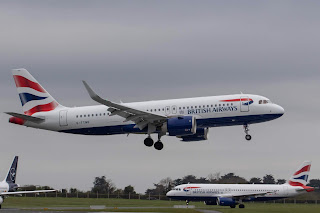 International Airlines Group (IAG) carrier British Airways has commenced Airbus A320/321Neo operations on its London Heathrow to Dublin route with effect from 28 March ahead of start of official IATA Summer schedule on 31 March.

The A320neo Family will offer up to 20% in fuel burn savings per seat by 2020, two tonnes of additional payload, 500 nautical miles of more range, lower operating costs, along with a nearly 50% reduction in engine noise and NOx emissions 50% below the current industry standard.  A key contributor to the NEO’s performance is the aircraft Sharklets. These 2.4-metr…
Post a comment
Read more
More posts