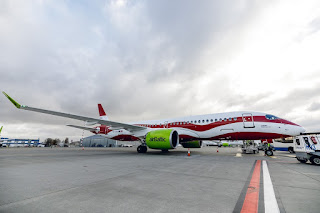 Air Baltic whom re-launched its Riga to Dublin route (BTI661/662) four times weekly (Mondays,Wednesdays, Fridays and Sundays) with effect from 31 March using Airbus A220-300 aircraft announced 15th May that due high demand and positive feedback its extending the service year-round.

The inaugural Riga to Dublin on 31st March was operated by YL-CSL Airbus A220-300 in Latvia's 100th anniversary Livery.

Martin Gauss, Chief Executive Officer of airBaltic “Taking into consideration the high demand and positive feedback about the launch of the Riga–Dublin route for the summer season 2019, we are delighted to announce that Dublin will also complement our winter route map. Now our passengers will be able to travel between the both cities year-round for very attractive prices in the economy or our full-service business cla…
Post a comment
Read more 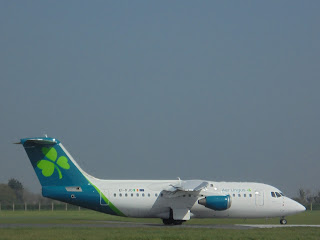 Aer Lingus has expanded its wet-leased RJ85 operation with CityJet to operate a weekly Dublin-Birmingham return service on Saturdays EIN272/273 and Sundays EIN276/277. The RJ85 service will operate from 4th May to 28th September.

Aer Lingus its utilizing the RJ85 capacity when London City is closed between 1300 hours on Saturday till 1230 on Sundays to minimise noise impact on local residents.

The RJ85 will free up Aer Lingus Airbus A320 aircraft to be re-deployed on longer leisure route.