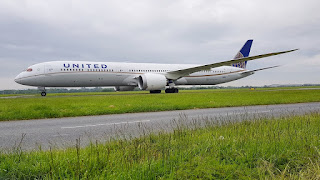 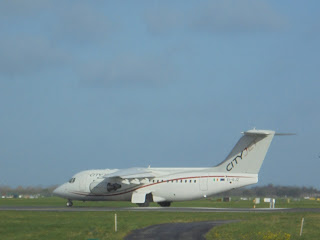 Cityjet RJ85  Europe's leading regional carrier Cityjet based in Dublin, Ireland, operating a fleet of Avro and Bombardier aircraft on wet lease services across the continent Europe has scaled back its British Avro RJ85 fleet with the disposal of three aircraft leaving 10 units in the fleet. Over the last couple of months the carrier has disposed of three RJ85 aircraft to Aero-Flite (US) and Conair Aviation Ltd (Canada) . Aero-Flite based in Spokane, Washington and its Canadian subsidiary Conair Aviation Ltd  based in Abbotsford, British Columbia has been in the Aerial Firefighting since 1963 and 1969 respectively has operated Boeing B-17s, C-54 and DC-4s, CL-215s, Viking CL-415 and Avro RJ85. Conair can reconfigure RJ85 aircraft for use in aerial firefighting holding supplemental type certificates (STC) for modification of aircraft into aerial firefighting role. Aero-Flite and Conair Aviation stated the RJ85 has capabilit
Post a Comment
Read more
More posts