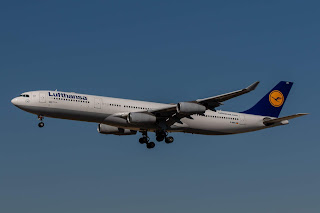 Image courtesy of Brian Griffin  Lufthansa commenced operating a weekly Frankfurt-Dublin Airbus A340-300 service operating mid morning DLH978/979 on Wednesdays from 3rd July till 30th October. The inaugural service was operated by D-AIGS Airbus A340-313X MSN 297 named "Bergisch-Gladbach"  which was delivered to Lufthansa on 13th October 1999. This is the first schedule Airbus A340-300 service to Dublin since TAP-Air Portugal operated a weekly service to Faro in the mid 1990s. In a statement to Aerotelegraph website Lufthansa said "Operational reasons have prompted us to temporarily replace the usual A320 on these routes with A340. The use of long-haul aircraft from 1 July to the end of October helps to prevent especially flight cancellations during the summer." The aircraft Airbus A340-300/600 will operate on a few selected flights with high demand from Frankfurt to Cairo (CAI), Dublin (DUB), Lisbon (LIS)
Post a Comment
Read more 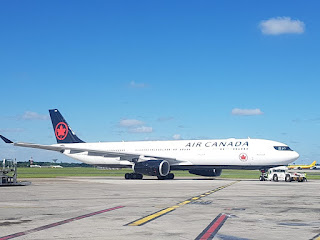