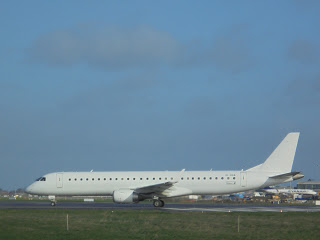 The agreement between the two airlines sees Stobart Air provide an Embraer 195 on an ACMI contract (aircraft, crew, maintenance and insurance) for the purpose of operating up to eight flights per day from Amsterdam, including Dublin to Amsterdam.

From the 9th July the agreement has been expanded KLM Cityhopper will wet-lease an Embraer 190 from Stobart Air. This aircraft will be deployed to various European destinations including Dublin, Munich and Oslo. 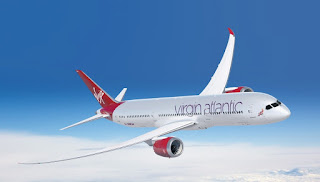 The last in a series of six contracted 787 airplanes was recently re-delivered to the carrier. The scope of work for each aircraft included a C1-Check plus several modifications and additional repair work.

Thomas Rueckert, Senior Vice President Base Maintenance at Lufthansa Technik, said "The successful completion of our first 787 base maintenance contract marks an extremely important milestone for our 787 service portfolio and a further expansion of our long standing  relationship with Virgin Atlantic. We invested extensively in training, tooling and preparation for the arrival of the Boeing 787, and it certainly paid off as we achieved competitive turn-around times for these inputs. I would like to thank our employees at Lufthansa Technik Shannon for their dedication and comm…
Post a comment
Read more
More posts