Showing posts from February 2, 2020
Show All 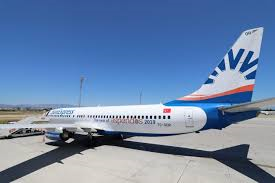 Image courtesy of SunExpress  AVIAREPS has been appointed General Sales Agent (GSA) in Ireland by SunExpress, a joint venture of Turkish Airlines and Lufthansa. The expanded partnership between the airline and AVIAREPS will help further grow their international footprint in Europe and strengthen their presence in Ireland, where they operate up to 2 flights per week from Dublin to Izmir in Summer 2020, operated by Boeing 737-800 aircraft. The service will initially operate weekly on Saturdays from 4th April increasing to twice weekly for summer peak season from June to September before reducing back to weekly service to 7th November. This appointment now makes AVIAREPS responsible for the airline’s sales and promotions activities in a total of 14 European markets, including Austria, Belgium, the Czech Republic, Denmark, Finland, France, Italy, Luxembourg, the Netherlands, Norway, Russia, Sweden, and the United Kingdom. As a hol
Post a Comment
Read more 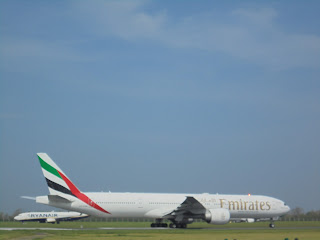 Emirates Airlines Boeing 777-31H(ER)   Gulf global connector carrier Emirates Airlines is celebrating eight years of operation in Ireland on its Dublin - Dubai route. Emirates’ inaugural Airbus A330-200 flight on the route took off on 9th January 2012 and in the eight years since, the airline has gone from strength to strength in the Irish market increasing to a double daily Boeing 777-31H(ER) service. The Dubai based airline carries up to 22,000 passengers, each month and each way between Dublin and Dubai.  From Dubai, Emirates connects passengers to more than 150 global destinations. Emirates recently announced its 2019 passenger figures for Ireland. And, with more than 448,000 people flying with the airline to and from Dublin last year, country manager for Emirates in Ireland, Enda Corneille confirmed that almost three million passengers had travelled the route in the eight years since launch. Emirates Airlines Country
Post a Comment
Read more
More posts