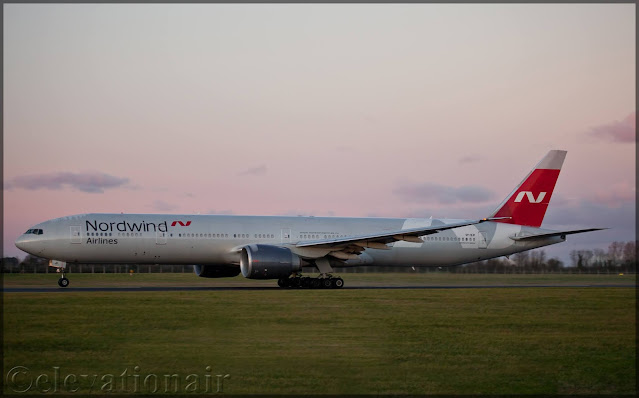 The aircraft departed to Guangzhou China on Friday 8th January at 1622 local as 'NWS9483'. According to Flightradar24 the aircraft is heavily tasked operating routes from China to Europe on PPE flights.

The carrier is one of the biggest Russian Federation airline companies in passenger turnover. includes 95 destinations of flights in Russia and globally.

EI-LRA Airbus A321LR image courtesy of Airbus  Irish carrier Aer Lingus part of International Airlines Group (IAG) plans to exploit Airbus A321LR North Atlantic growth opportunities, as outlined in IAG Full Year Results 2019 released on Friday 29 February during investor call.  The strategy was further enforced with the release of IAG 2019 Annual Report entitled "Leading Sustainable Aviation". International Airlines Group (IAG) CEO Willie Walsh in 2019 Annual Report described the introduction of the long-range version of the Airbus A321 as "A Game-Changer", adding "It allows Aer Lingus to target cities on the eastern side of North America where there is unlikely to be demand for a direct service with a larger aircraft" in reference to A330 platform. On investor conference call outgoing CEO Willie Walsh said "Aer Lingus has introduced the A321LR on the transatlantic, showing about a 22%, 23
Read more