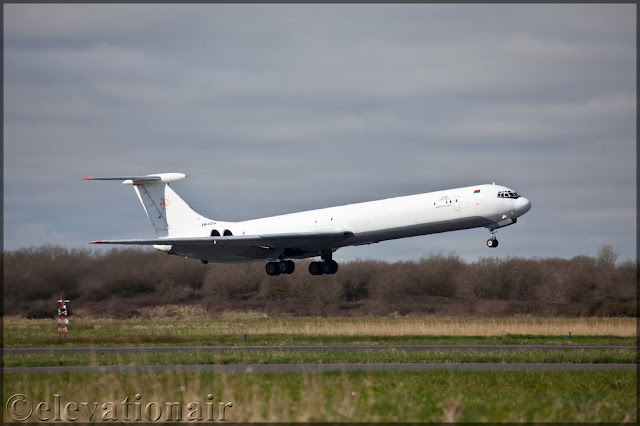 The aircraft has a very interesting history with first flight on 31st October 1985 later delivered to East German carrier Interflug on 12th December 1985 as DDR-SET later taking up registration D-AOAK. It was later sold by Interflug with service across the CIS with a number of carriers Aeroflot, Abakan-Avia, Uzbekistan Airways, Panaf Airways and KAPO Gorbunov.

The airline Rada Airlines has no base airport as such but has agreements with the airports in Orsha and Gomel in Belarus. In an interview with Russian Aviation Insider CCO Dmitry Ishchenko said "As a charter airline we are planning to fly around the world without being tied to Belarus".  The airline operates a fleet of two TCO-certified and ICAO Chapter 3 noise compliant IL-62M(Cargo) aircraft with the recent acquisition of EW-505TR formerly operated by Manus Air as EX-62001.

The IL-62M(Cargo) can be equipped for bulk or palletized loading operations and are capable of carrying any type of cargo including technical and engineering equipment, dangerous goods of all classes, live animals, perishables, or humanitarian cargo up to 40 tonnes.