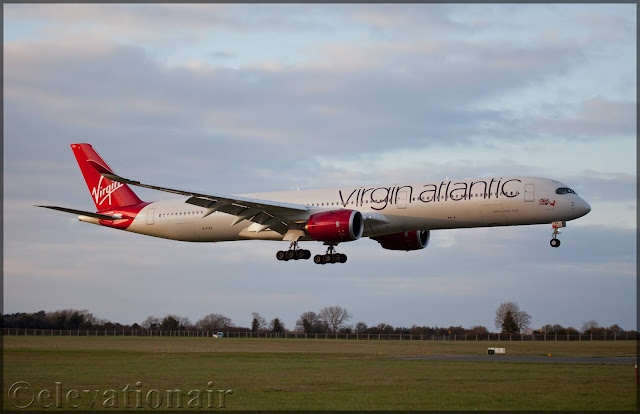 G-VTEA was delivered Toulouse to Manchester on 4th December powered by Rolls Royce  Trent XWB-97 engines. In a 335 seat configuration with 44 business, 56 premium economy and 235 economy seats. Virgin has 7 A350-1000 in service.