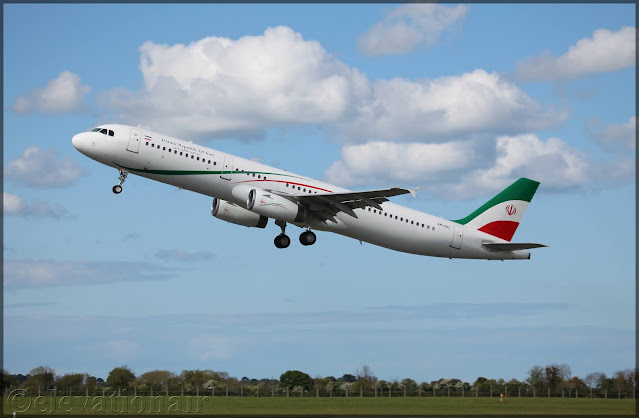 On Tuesday 18th May EP-IGD Airbus A321-231 MSN 1202 Islamic Republic Of Iran 'Iran 05' operated by Meraj Airlines landed in Dublin Airport at 1956 local on runway 28 from Rome Ciampino overnighting departing 1647 next day to Vienna.

Iran is interested in establishing political and economic consultations with Ireland especially over agricultural, information technology, science and technology fields.

This aircraft was delivered in 2000 to UK carrier Monarch Airlines as G-OZBD and in 2003 was Irish registered as EI-DBS to Singapore Aircraft Leasing Enterprise (SALE) and later became I-LIVC with Italian carrier Livingston.