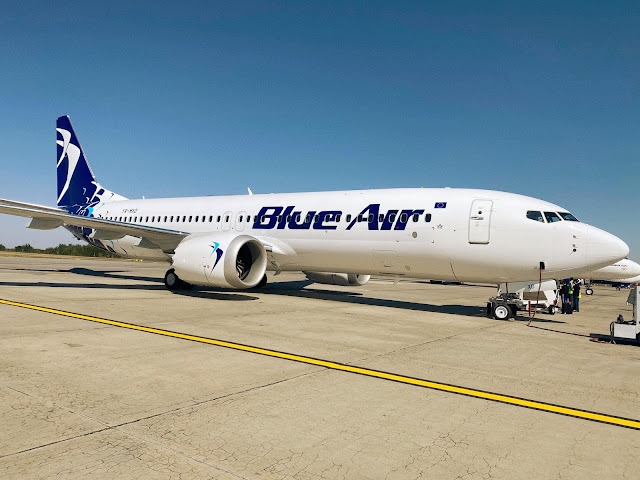 Blue Air announced the launch of a new route from Iasi to Dublin route commencing 19th December operating twice weekly on Wednesdays and Sundays using Boeing 737-8 MAX aircraft. In summer 2022 effective from 22nd June it will add a third weekly frequency on Fridays.

The carrier is establishing a new 737 MAX base in Iasi with 23 direct and one-stop destinations effective 27th March 2022 operating will operate 8 direct to Paris, Rome, Barcelona, Brussels and Cologne and over 15 one-stop services via its Bucharest base.

Blue Air Chief Commercial Officer Krassimir Tanev said "We are delighted to be announce our new base in Iasi, offering to our Iasi customers access to 23 great destinations in our network. “Blue Air is committed to play its part in the development of Iasi airport and to the benefit of Iasi community by offering even more and better travel options at affordable prices.”

Iași Airport Provisional General Manager Romeo Vatră said "We welcome the decision of Blue Air to reopen the permanent base in Iasi, the collaboration with the low-cost operator being a real support for the development of the airport. The fact that Blue Air chose Iasi Airport to consolidate its own business confirms that we rely on a solid partnership. The 5 direct routes announced for next year are a win for the people in Iași, but also for all the inhabitants of Moldova, as well as a step forward for our partnership. I would like to thank Blue Air for its openness and support".

The airline currently serves Bucharest and London Heathrow from Iasi.