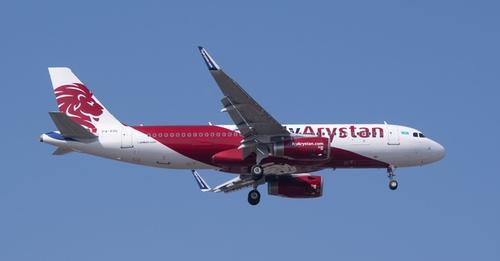 FlyArystan operates a fleet of 10 Airbus A320 family aircraft with 9 Airbus A320ceo and 1 Airbus A320neo. Eight of the nine aircraft were transferred from Air Astana. The plan is in the first phase of growth to grow FlyArystan’s fleet to 15 aircraft by 2022 and orders have been placed for aircraft with both Boeing and Airbus.

Air Astana is a joint venture owned by the Samruk Kazyna Wealth Fund (51%) and BAE Systems PLC (49%). The group is presently operating 36 aircraft of which 10 Airbus A320s are operated by FlyArystan.

In May Ireland’s Aviation Regulator, Diarmuid Ó Conghaile announced the establishment of a formal agreement with the Kazakh Government to provide aviation regulatory services to the country, under the new agreement a number of aircraft operated by the Air Astana, will be transferred to the Irish register over the remainder of this year.