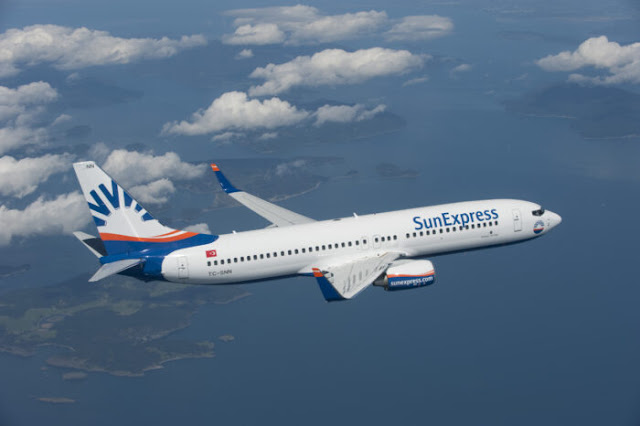 SunExpress, a joint venture of Turkish Airlines and Lufthansa has commenced a weekly service (SXS/XQ886/887) between Izmir and Dublin operating on Saturdays from 4th September to 30th October using Boeing 737-800 aircraft.

Prior to the Covid pandemic last year the carrier planned to operate a weekly service increasing to twice weekly for the summer peak season before resuming a weekly service for the autumn season. Due to European travel restrictions the service never materialized.

In February 2020 AVIAREPS was appointed General Sales Agent (GSA) in Ireland by SunExpress to strengthen their presence in the market.

SunExpress was established in 1989 operates a fleet of 46 Boeing 737-800 aircraft with 5 Boeing 737 MAX 8 aircraft on order. This summer, the carrier expanded its flight network between Turkey and Europe by launching 23 new routes with 8 new destinations from Antalya and Izmir, including three major cities in the Middle East.