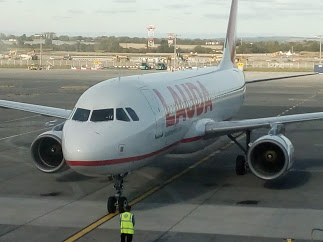 In an interview with Aviation Direct Ryanair DAC CEO Eddie Wilson stated Lauda Europe will grow strongly in the next few years. He added "The capacity of Lauda Europe is needed within the Ryanair Group, because depending on the route profile, the A320 aircraft prove to be more economical than the Boeing 737-800".

The Ryanair Group plans to establish a new Lauda Europe base in London Stansted in Winter 2021. Ryanair DAC CEO Eddie Wilson stated "We made good deals with the Manchester Airports Group and were able to acquire additional slots in Stansted. We need more capacity and the Airbus A320 from Lauda Europe are ideal for this."

Lauda Europe is a Maltese low-cost airline a subsidiary of the Ryanair Group operating on behalf of its parent company Ryanair DAC with a fleet of 29 Airbus A320-200 aircraft. Lauda Europe primary operating is Vienna (14 A320s) with bases in Palma (4 A320s) and launched Zadar (1st July) and Zagreb (1st September) bases with two A320s.